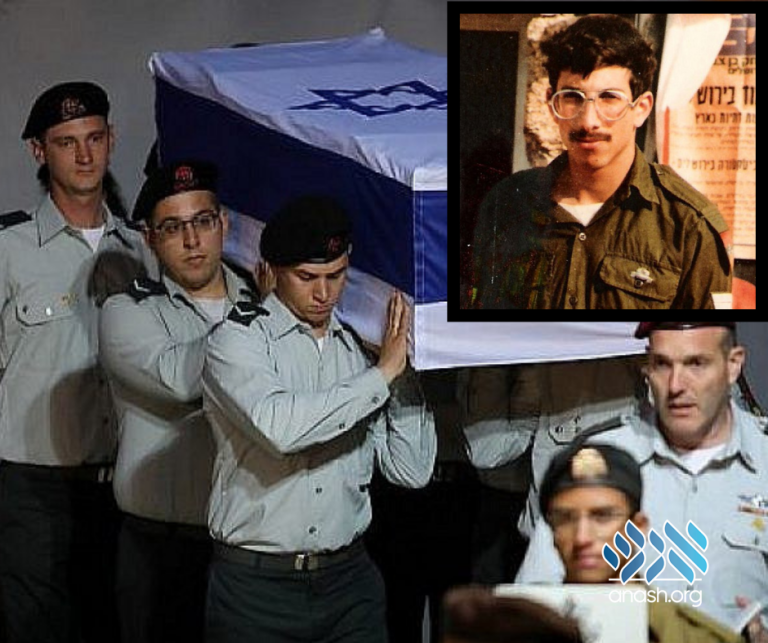 In a meeting with Russian President Vladmir Putin, Netanyahu surprised himself when he asked for the release of Zechariah Baumel.

A story going around Eretz Yisroel gives an inside scoop behind the release of the body of IDF soldier Zachary Baumel after thirty seven years. The soldier was declared missing in action during the 1982 Lebanon war and his body ended up in Syria where it lay deserted for decades until President Putin was able to retrieve it at the behest of Prime Minister Netanyahu.

When Prime Minister Netanyahu arrived at the levaya, one of Zachary’s sisters approached him and told Israel’s premier an incredible addition to the story of her brother’s miraculous return.

“For years our family has held a grudge against you, ” Zachary’s sister admitted. “We felt that the government was not doing enough to get back the bodies of our captured soldiers and we were very angry about it.”

But after so many years bearing a grudge, the family recently decided that they would let go of all the anger they were holding on to. “Perhaps, it would be a zechus for Zachary,” his sister said, adding that, amazingly, a short while later the news of Zacharys return made Israel’s headlines.

Netanyahu sat in silence for a moment as he digested the tale he just heard. He then told the woman, “Let me tell you my side of the story.”

The Prime Minister confided that he was sitting with President Putin shortly after Israel’s secret intelligence offered information to the Russian government that proved to be very helpful. In return, Putin asked the Prime Minister what he wanted in return.

“I sat there for a few minutes going through several possibilities that Russia could provide to Israel when suddenly the plight of Zachary Baumel entered my mind,” Netanyahu said, admitting that, “The captured soldier from thirty seven years ago has not entered my mind in years.”

Despite the fact that he hadn’t thought of Baumel in years and the fact that he could use this opportunity to benefit the entire country, Netanyahu decided to use the favor to request Zachary’s return.

After explaining the importance of returning a Jewish body for proper kevura, Netanyahu related that Putin was so impressed he offered to throw in the favor gratis and the Prime Minister was able to provide Israel with a favors from Russia in addition to Baumel’s return.

The Prime Minister concluded his story by pointing out that it may have been the zechus the family took upon themselves that led to their brother entering the Prime Minister’s head at the right moment, finally bringing him home after so many years.