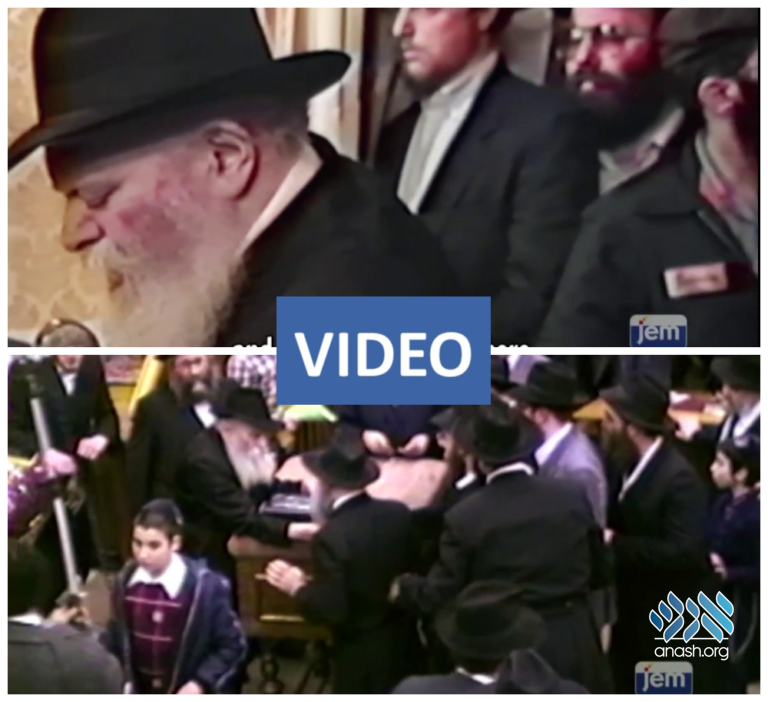 Watch: Upon returning from the Levaya of Rebbetzin Chaya Mushka, the Rebbe requested that a new fund be established in her memory.

Chof Beis Shevat 5748. The Rebbe returned from the funeral of his wife of 59 years, Rebbetzin Chaya Mushka Schneerson, and had led mincha and recited kaddish in their home on President Street.

The Rebbe’s profound sadness was palpable, his pain indescribable.

After returning to his office on the second floor, he asked for his secretary, Rabbi Yehuda Krinsky and expressed his desire to create a new charitable foundation in honor of his late wife that would benefit Jewish women and girls. The Rebbe named the new charitable foundation “Keren Hachomesh,” an acronym for “Harabonis Chaya Mushka Schneerson.” The fund was quickly established and went on to support various causes specific to helping Jewish women and girls.

Over the Years, Keren Hachomesh has faithfully stayed the course of benefiting Jewish women and girls with financial aid, support for brides, widows and a host of women’s educational programs and other causes

This was the first and only time, during his years of leadership, that the Rebbe established a new corporation. By immediately channeling his immense personal loss into a project for global good to benefit women and girls, the Rebbe gave us the opportunity to join him in perpetuating the Rebbetzin’s life and legacy.

The Rebbetzin’s name was Chaya. Chaya means life. As the daughter of the Frierdiker Rebbe, and wife of our Rebbe, Rebbetzin Chaya Mushka’s essence was infused with love and genuine concern for every Jewish person. It was in her DNA and her very life.

Indeed, in creating a living memorial in her memory, the Rebbe chose to establish a charity dedicated to benefit the nurturers and givers of life—the Jewish woman. Giving life to life.

Today, on the 32nd yahrzeit of the Rebbetzin, Keren Hachomesh is asking everyone to contribute in honor of the Rebbetzin so the fund can continue the Rebbe’s wishes in this regard.

When speaking about the Yahrzeit at the Farbrengen of Shabbos Yisro 5750 (1990), the Rebbe suggested that donations be made in the Rebbetzin’s memory in multiples of 470 corresponding to the numeric equivalent of the Rebbetzin’s name.

For more information and to join in this effort, go to: www.kerenhachomesh.com