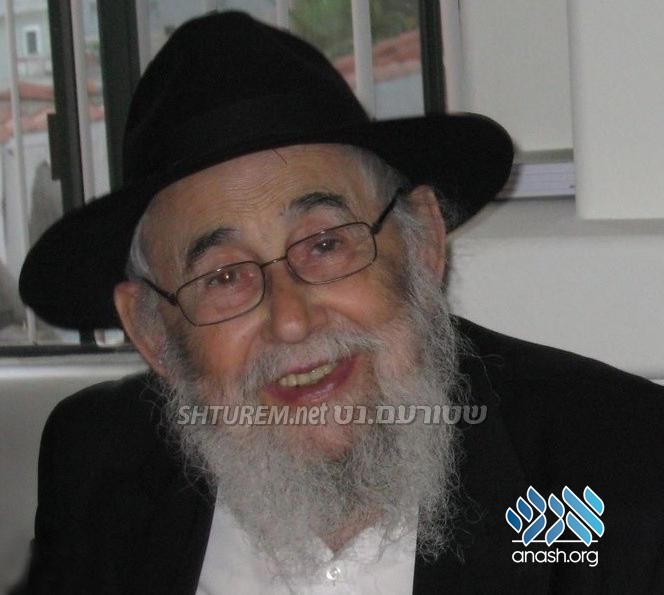 When Reb Heishke Dubrawski told the Rebbe that his wife’s doctor had delivered some bad news, the Rebbe dismissed it with a smile: “Over here, it is otherwise.”

Over a year had passed since our wedding, and there were still no children on the way. My wife finally went to see a top doctor in Paris, who stated that her chances of becoming pregnant were slim.

In 5713/1953, a few years after our marriage, we arrived in Brooklyn, and it was then that we had our first audience with the Rebbe. I will add parenthetically that at that time my grandfather Rabbi Menachem Mendel Dubrawski, of blessed memory, lived with us and shared our private audience. The war had left him a broken man, but when the Rebbe rose and asked him to be seated, he refused. After reciting the she’hechiyanu blessing and the Rebbe’s blessings, Zeide said he was the uncle of the Rebbe’s father.

The Rebbe responded with his charming smile and said, “We know, we know.”

When I told the Rebbe about our long wait for children and the Parisian doctor’s diagnosis, the Rebbe dismissed it all and said the following, unforgettable words, “Over here it is otherwise. But since you need to operate within the parameters of nature, your wife should go to a local doctor.”

Then the Rebbe blessed us.

As New York was flooded with refugees, the Joint Distribution Committee wanted us to settle in Detroit, where a large Jewish community existed. Meanwhile my wife was examined by an American doctor, but he too had nothing positive to say. After months went by without our seeing the fulfillment of the blessings, I wrote to the Rebbe and detailed our requests. The Rebbe answered that we would see salvation, and he showered us with blessings.

More time passed with no change. Again I wrote to the Rebbe, and to this day, I don’t know where I got the nerve to ask not only for a blessing but for a promise.

I did not receive an answer to this letter; instead, my wife gave me the answer.

When I informed the Rebbe of the good news, he told me not to publicize it until three months had gone by. Later, on one of the Chassidic holidays, I traveled from Detroit to see him.

“Nu, how is your balabusta doing?” the Rebbe asked. “Whatever the doctor said, I hope?” Later, when my wife was visiting in Brooklyn, the Rebbe stopped her on the street and asked her how she was feeling and how the pregnancy was progressing.

Thanks to the Rebbe’s blessings, our oldest daughter Sarah was born. She is currently an emissary in Lyon, France.

When our second child was born, this time in New York, I met with the Rebbe alone—as my wife could not go—before the circumcision ceremony and requested both a blessing for the ceremony and a name to give the baby. Although the parents customarily picked a name, neither my wife nor I could decide whether to call him Yosef Yitzchok, after the Previous Lubavitcher Rebbe, or Eliezer Lippman, for my father. Therefore we would leave it up to the Rebbe.

The Rebbe answered firmly, “You must not make ‘tricks.’ This is a matter solely up to you and your wife. Go home and discuss it with her, then come back and tell me what you have decided.” To avoid any problems with his staff upon my return, I was to tell them that the Rebbe had told me to come back.

I don’t think I ever heard of anything like this before—to go home and then right back just to report what name was chosen. Nevertheless, I did what the Rebbe said.

My wife and I had a quick consultation, after which I hurried back to the Rebbe. I was admitted immediately, although I never found out if anyone else was having an audience in the meantime.

The Rebbe welcomed me with a big smile. “Nu, vos vet R’ Heishe itzt zogen (what will Heishe say now)?” By the way, it was from the Rebbe, for the first time, that I heard myself being called Heishe, as it had been the practice to nickname any Yehoshua in our family and in our home town, Podobronka.

When I told the Rebbe that we were going to name the baby Yosef Yitzchok, I could see he was pleased, and he blessed us. However, for a reason I can’t recall, he asked that I not honor him with holding the baby at the circumcision ceremony. To be sure, I was disappointed.

The Rebbe then said, “Since you wish for my participation, you must put a picture of the Rebbe [meaning the Previous Rebbe, “my teacher and father-in-law”] in front of you while the ceremony is taking place. It will be just like I am participating.”