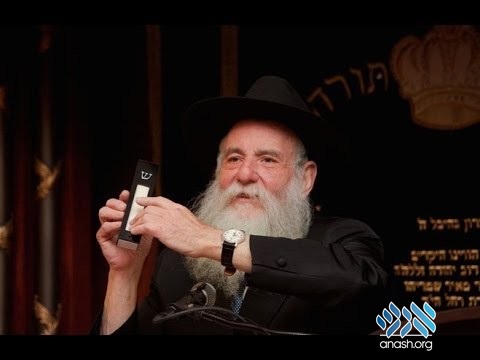 The year was 1983. At the time, Chabad of California, under the leadership of Rabbi Boruch Shlomo Cunin, consisted of around 30 centers. In order to build these mosdos, Chabad had accumulated $18 million worth of debt from close to 40 banks and various individuals.

At a farbrengen commemorating the yahrtzeit of the Tzemach Tzedek, the Rebbe spoke about this day marking the beginning of a period of leadership characterized by “l’chatchila ariber.” During this farbrengen, the Rebbe publicly proclaimed that by taking such a high leap, Rabbi Cunin had brought many Jews back to their roots and a wealth of funds into the realm holiness, which in turn inspired others to leap higher as well.

The Rebbe continued with a promise: though it may seem that even with miracles, these debts can not be repaid, in light of the good that was accomplished, what Rabbi Cunin grabbed is his and he will repay it all with a bonus!

Shortly after that, Rabbi Cunin had two separate incidents in which a generous donor seemed to be the miraculous answer, but turned out to be a fraud. When the second donor turned out to be a false lead, Rabbi Cunin felt completely broken. He called the Rebbe’s office, but could hardly speak between sobs. “I am only the Rebbe’s general in the battlefront; I must report the devastation that I feel after this latest dashed hope. However, I know the Rebbe has guaranteed that we will repay the debt, and the Rebbe will see this through to completion.”

At that point, Rabbi Hodakov, chief of the Rebbe’s secretariat told him to call back 15 minutes later, and the Rebbe would be on the line. 15 minutes later, Rabbi Hodakov relayed the Rebbe’s message: “The Rebbe asked if you are familiar with the haftarah of the ‘empty vessels.’” Rabbi Cunin replied in the affirmative, at which point he was asked what empty vessels he had. He began listing ideas; after each one, he heard an audible “Neh!” from the Rebbe. Finally, Rabbi Cunin said, “I have two healthy feet and I will go with happiness and trust in Hashem until I find the miracle.” The Rebbe’s response indicated that this was the answer he was looking for.

The next few years were spent knocking on doors of potential donors, sometimes without even making appointments. Rabbi Cunin experienced many disappointments and even some humiliation, until the day he visited a woman who had previously donated to the annual Chabad Telethon. Mrs. Hermine Weinberg, whom he met with several more times, passed away not long after. In her last hours, she stipulated in her will that Chabad was to receive one third of her estate.

The only substantial asset Mrs. Weinberg had was a claim on community property owned by her ex-husband. Chabad, along with the other charities included in her will, made a claim against him for the property owed to his late wife, which he fought. Because the case involved charities, the office of the Attorney General of California soon became involved.

When the Attorney General, a Jew by the name of Mr. Schwartz first met with Rabbi Cunin, he asked how much Chabad was willing to settle for. The response was immediate: $18 million, plus a few more! Startled, Mr. Schwartz asked him what he was basing this calculation on, as he believed the best they could hope for was a settlement of $1 million. Rabbi Cunin explained that his answer was based on the Rebbe’s promise that he would be able to pay back the $18 million debt with a bonus, and that it would be through an “empty vessel”, which he was preparing now.

31 years ago, on the 10th of Iyar and the day of the omer corresponding to the sefira of netzach sheb’netzach, the judge issued his verdict that $21 million dollars was to be paid out to Chabad of California!

Mr. Schwartz, who until then had refused to put on tefillin, finally agreed to do so. “I am sure you remember that when we first met I told you that I do not believe in G-d, much less in your Rebbe,” he said. “I must say, now I believe in G-d and in your Rebbe! It is clear to me that your Rebbe had his hand on your shoulders throughout this ordeal.”