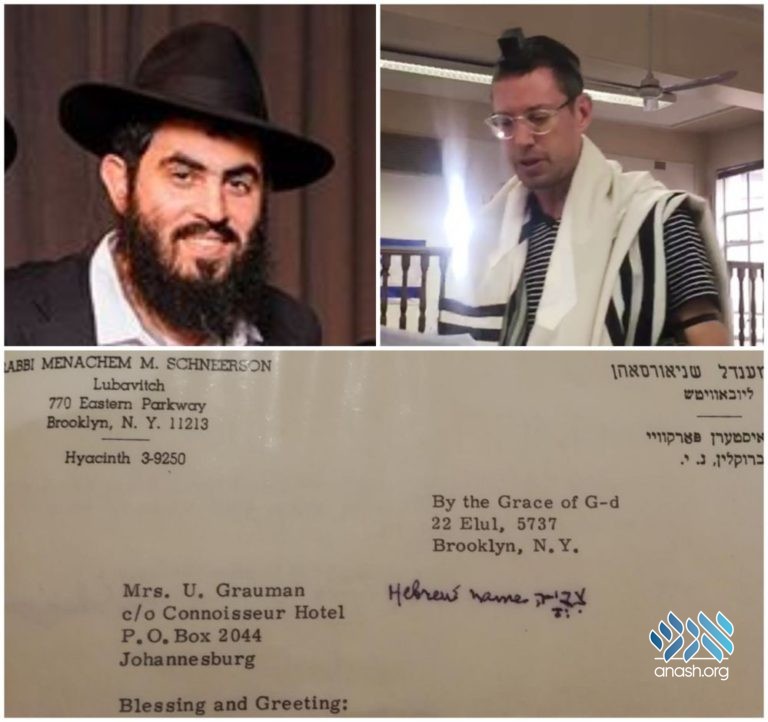 When Rabbi Zalmy Rader was in search of a minyan to name his newborn daughter, he gratefully seized the first opportunity. The next day, he discovered the open hashgacha pratis behind his ‘choice’.

When shluchim Rabbi Zalmy and Esther Rader of Montreal were blessed with a baby girl on Sunday afternoon, the joy of new life was marred only by one concern: with all shuls and minyanim closed, how would they name their baby?

“I reached out on our wider family group to ask if anyone knows of a legal minyan operating,” Rabbi Rader said. “My aunt in Johannesburg replied immediately that there is an old age home where everyone is quarantined and they are still doing a minyan.”

With no time to lose, Rabbi Rader reached out to the rabbi of the assisted living who said he would be happy to do it. By 2:00 AM Montreal time, the baby had been named Tzivia, after Mrs. Rader’s beloved great-grandmother.

The Raders were overjoyed and grateful to the senior kehillah that had named their baby, but deep down Rabbi Rader found himself wondering if he should have tried harder to find a Chabad minyan for this purpose. The next morning, a moving incident of hashgacha pratis showed him clearly that everything had happened just as it was meant to.

Mrs. Tzivia Grauman, who manages communications for the Chevrah Kadisha group that runs the Jewish senior homes in Johannesburg reached out to share her story with the proud new father.

“She related that her English name was Ursula, [which was somehow] named after her Zayda Hershele,” Rabbi Rader said. “When she started becoming frum she wrote to the Rebbe asking him what Hebrew name to take. The Rebbe replied that she should take the name Tzivia, and wrote it out bchsav yad.

“Of all of the places in the world to name our daughter, it was in a place where someone was literally named Tzivia by the Rebbe.”