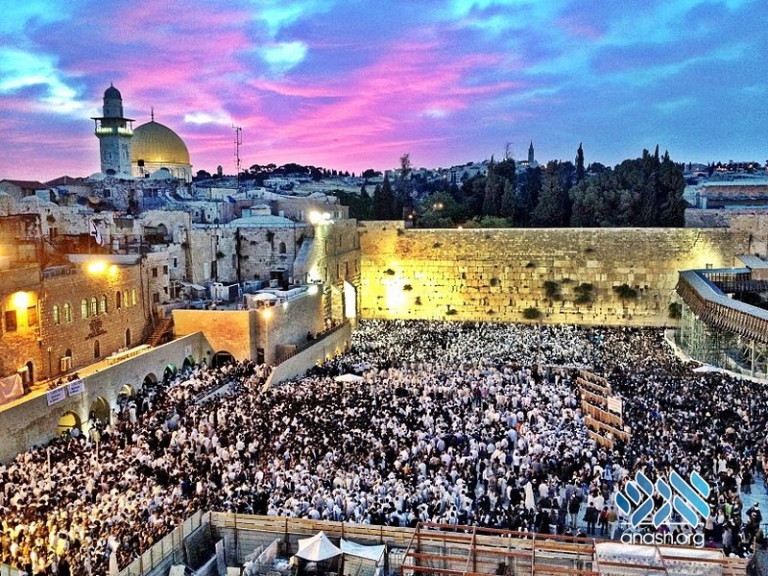 In a fascinating overview, Rabbi Yitzchok Naparstek, shliach in Ft. Lauderdale, Florida, explores the Rebbe’s stance on Zionism and the State of Israel.

The Rebbe’s approach to the State of Israel is complex. On the one hand, the Rebbe strongly supported Eretz Yisroel and assisted the Israeli goverment. On the other hand, the Rebbe said that he is staunchly opposed to Zionism like the Rebbe Rashab and more so. What exactly was the Rebbe’s stance?

1. Chabad’s task is to build and illuminate, not chas veshalom to destroy and foster divisiveness. Therefore the Rebbe once instructed: מיעוט הויכוח בכיוצא בזה ישובח – by remaining apolitical and not isolating any group, political or nonpolitical alike, Chabad remains in the position to engage all circles of Jews in matters of Torah and mitzvos.

2. Historically, prior to 1948 most Gedolei Yisroel were opposed to the creation of a Jewish State.

3. The opposition was primarily based on two factors:

a. The efforts to create the State were coupled with the desire and hope to be redeemed through our own force and powers. This constitutes a rejection of Mashiach and the Redemption as promised by the Torah (hence these efforts were also not in the spirit of the shalosh shevu’os). This is true regardless of how religious the envisioned state would be.

b. Jewish nationalism—the foundation on which the State is built on—sought to transform the Jewish people into a nation like all nations of the world, ככל הגוים בית ישראל, by substituting Torah and mitzvos with nationalism (Jewishness would amount to “national affiliation” without the requirement of belief and performance of Torah and mitzvos), thus “normalizing” the Jew. The reality, however, remains that the Jewish people are the am segulah and, as Rav Saadia Gaon taught .אין אומתינו אומה אלא בתורתו

The Existence of the State

4. The dire circumstances in Eretz Yisrael in 1948, constituted piku’ach nefesh and necessitated the establishment of a Jewish government; by Divine Providence—not chas veshalom by our own force and powers—large parts of Eretz Yisroel were returned to the Jewish people. As such, the existence of the State is not in violation of the shalosh shevu’os.

5. The State of Israel provided and provides a makom hatzalah for Jews. This makomhatzoloh could have been established elsewhere, but Hashem granted us the wonderful zechus (and great nisayon) by allowing the creation of the State in Eretz Hakodesh.

6. This positive development and tremendous opportunity, has no relation to the process of ge’ulah; no ge’ulah—or any stage thereof—transpired in 1948 (or in 1967). Rather, the State is a technical instrument through which we experience a greater measure of autonomy and self-governance during our final days in galus.

The Nature of the State

7. Even though some of the Jewish laws are upheld by the State of Israel, it was not founded on Torah law; the State adopted the British common law. To this day, the nature and character of the State is defined by nationalism in practice. Hence the State is not governed in the spirit of Judaism. (This is also, and foremost, evidenced by the tragic law of mihu Yehudi.)

8. The events that transpired in 1948 were an opportunity missed. Had the Jewish leadership established a government based on Torah and mitzvos, it would have been an unequivocal positive development.

9. Miracles occurred for the Jews in Eretz Yisroel in 1948, 1956, 1967, 1973, and in the years that followed. Hashem performs miracles through the unrighteous as well. While we must be grateful to Hashem for these miracles, they by no means sanction the State.

10. As several million Jews are governed and protected by the State, for all practical purposes, we must support and encourage—physically and spiritually—the continued existence of the State, and its positive dimensions, as a Jewish state. In short: we recognize and support the de facto State of Israel, though it falls short of the way it ought to be, a truly Jewish state.

12. The Rebbe showed affection and honored the personnel of the Israeli government, its elected and security officials. Perhaps this was based on the Talmudic statement, “Rebbi mechabed ashirim”. The Rebbe also reached out to draw them closer to Torah.

Through הפצת היהדות והמעיינות – locally and globally, individually and collectively – we will merit the true and complete redemption through our righteous Moshiach.

Click here to view in PDF format and to see sources/footnotes.