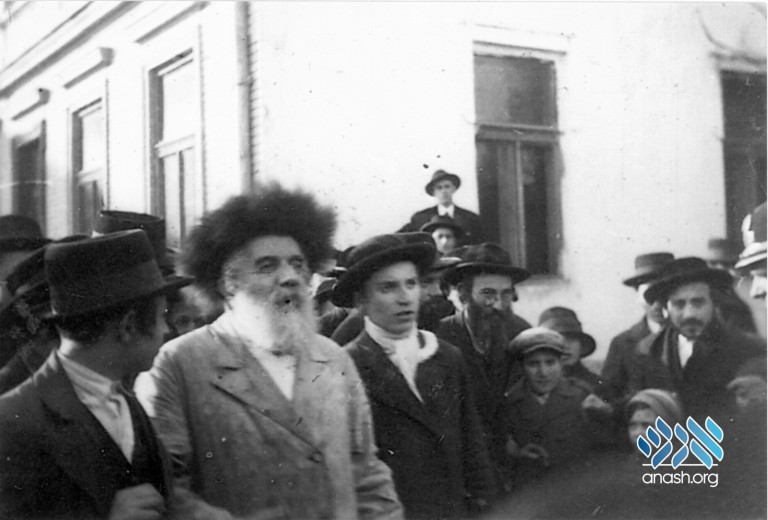 Beis Sivan is the yahrtzeit of Rav Chaim Elozor Shapira of Munkatch, author of the sefer Minchas Elozor and many others. He passed away at the age of 68 in 5697/1937. Despite being quite distant geographically, the two courts of Lubavitch and Munkatch had much in common and maintained a strong relationship.

The Rebbe quoted the Munkatcher Rov many, many times in his writings, and had great admiration for the way he united nigleh and nistar as one in his seforim. One famous example of this is the Munkatcher’s position on clapping while singing on Shabbos. He permitted it, while many poskim say it is allowed only with a shinuy – doing it differently than you would during the week.

A cursory glance at the footnotes in Sefer Haminhagim-Chabad shows this as well. There are many instances where the Rebbe brought the Munkatcher in the footnotes, even when minhag Chabad differs from the Minchas Elozor. The Rebbe once mentioned in yechidus that of every published sefer written by the Munkatcher Rov he would buy two copies – one for the Frierdiker Rebbe and one for himself.

There is a story told in the name of Reb Moshe Leib Rodshtein, the Rebbe and the Frierdiker Rebbe’s mazkir (secretary). The Frierdiker Rebbe was once in Marienbad, a resort town in Czechoslovakia. Many rabbonim, roshei yeshiva, and chassidishe rebbes would come from far and wide to rest there and enjoy the health benefits of the mineral baths and spas.

The next day, the Munkatcher Rov and the Frierdiker Rebbe walked along the predetermined path, with Reb Moshe Leib Rodshtein walking alongside them. As they passed the spot where the Rebbetzin was waiting, the Minchas Elozor paused and remarked: “There’s a wonderful scent coming from there, like the scent of Gan Eden!”

The Frierdiker Rebbe responded, “my mother is waiting there.” Reb Moshe Groner said that he heard from Reb Moshe Leib that he then called her over and gave her a bracha.

The Rebbe also accompanied the Frierdiker Rebbe on one of his visits to a resort area, and met the Munkatcher Rov there.

In more recent times, the Munkatcher Rebbe has been very supportive of the shluchim in the Carpathian region of the Ukraine whose shlichus includes the city of Munkatch.

A teshurah titled “The Rebbe and the Munkatcher” was published in 5766/2006. In it, the connection between the two chassidic courts is described in detail; it also includes a compilation of where the Rebbe brings the Minchas Elozor in the Igros Kodesh and other sources. Some of the topics include nusach Ari, Rabbeinu Tam’s tefillin, and using a microphone in shul and at religious ceremonies not taking place on Shabbos.