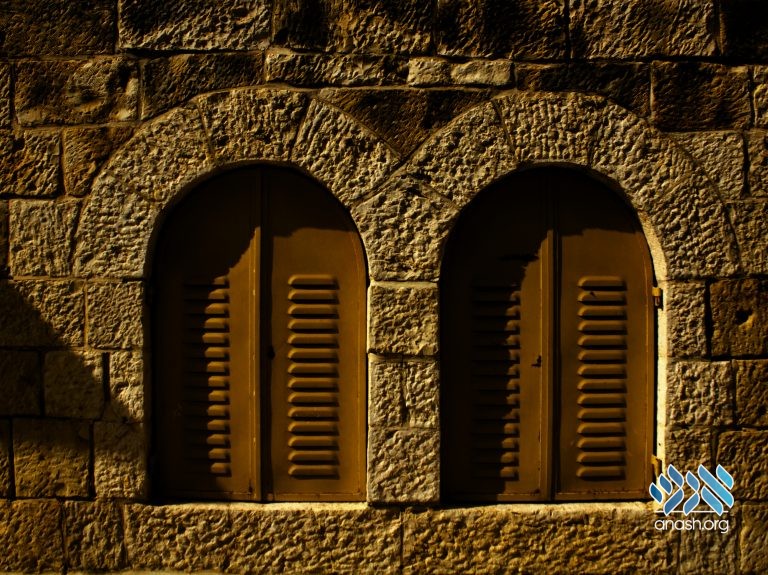 Motzei Shabbos Story: When the Nikolsburg City Council wanted to remove Reb Shmelke from his post as city Rov, the beadle protested, telling them of sights he had seen through the Rov’s window.

As a devout chassid, Rabbi Shmelke stood out in Mikulov (Nikolsburg), the center of Moravian Jewry, many of whom had yet to be exposed to the Chassidic movement. Even though he served as the head rabbi of the city, the Jewish population considered his customs strange.

This bothered the Nikolsburg council. Convening for a short meeting, they determined it was time to finally remove Rabbi Shmelke from his post. The beadle was called in, informed of the decision, and ordered to deliver the news to Rabbi Shmelke. Though simple, the beadle was also honest. He raised an eyebrow.

His question immediately prompted a ripple of exasperated looks from the council members. “This has nothing to do with you. Just do what you’re told.”

Undaunted, the beadle politely pressed them for an answer.

“It’s the way he acts,” someone explained. “He isn’t fit to lead Nikolsburg if his customs are so bizarre.”

“I disagree,” said the beadle. “In fact, I happen to know that he is a righteous man.”

This was a remark that would’ve been overlooked, but the beadle, never having said an untruth, had piqued the interest of the Nikolsburg council. There was a silent pause as they all regarded the simple beadle.

“But how would you know?”

The beadle smiled. “At the hint of dawn, as you probably know, I’ve always gone around knocking on people’s doors to rouse them for the morning prayers. Whenever I passed by Rabbi Shmelke’s house, despite the hour, the window to his study was lit up, and he would be inside, swaying over an open book. Another man, whom I didn’t recognize, sat opposite him, learning with him.

“‘Who is this man studying with you?’ I asked Rabbi Shmelke, once my curiosity no longer allowed me to hold my tongue.

“He replied with a name I never expected. ‘Elijah the Prophet.’

“One time, I was slightly behind schedule, which meant I didn’t pass Rabbi Shemlke at my usual time. When I finally did, Rabbi Shmelke was outside, holding a pair of candles as he escorted out two men: one was the individual who studied with him nightly, Elijah the Prophet, and the other wore a golden crown. They bid Rabbi Shmelke farewell and soon disappeared from view.

“I immediately asked, ‘Who is the man with the crown?’

“‘That is Menashe ben Chizkiah,’ answered Rabbi Shmelke, referring to the evil king who caused the people of Israel to serve idols.

“My eyes must’ve widened to the size of saucers. ‘But what business does he have with you?’

“‘Well, he wanted to settle a question that involved him,’ explained Rabbi Shmelke, furrowing his brow. ‘You see, his question came to me as a result of a recent incident that occurred in a small town. Some man there walked into a church and proceeded to wreck the entire place, with no justification. He was imprisoned and swiftly sentenced for hanging.

“‘Usually, when a man suddenly passed away, the townspeople would put together funds for his wife and children. However, in this case, even though the man’s widow came begging, they turned her away. Self-endangerment, they claimed, wasn’t covered, and her husband’s reckless actions were nothing short of that.

“‘This heated dispute was sent right to the town’s rabbi, who, in turn, referred it to me. It was, indeed, an interesting case. I deliberated for a while, yet couldn’t issue a verdict—each side had a reasonable claim. So, Menashe appeared in my dream and revealed that his soul was reincarnated in that man’s body. This man’s unusual actions and death were needed for the ultimate cleansing of his soul. The widow deserved the money.’”

Upon hearing the beadle’s story, the council members conceded that their rabbi was a pious and holy man, whom they would continue to engage with honor.

Rabbi Bunim of Pshischa, who retold this story, would end off by commenting on the righteousness of the beadle. “This simple beadle merited to see Elijah the Prophet every single night—never once did he boast about his own experiences. Instead, he lauded Rabbi Shmelke’s worthiness.”