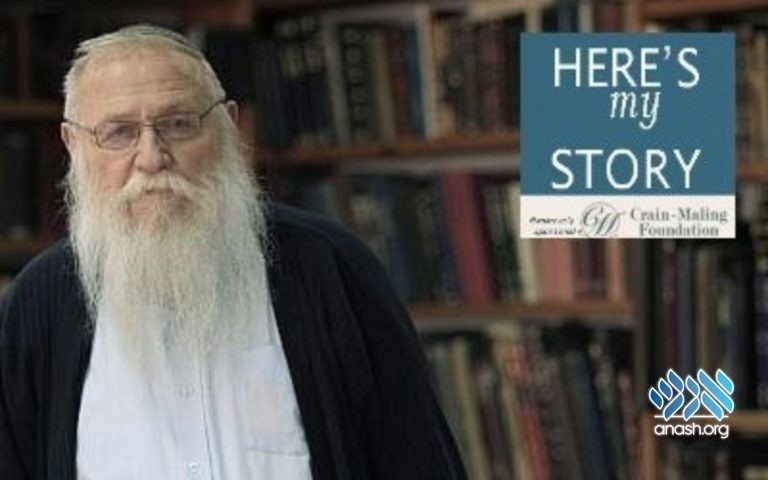 I first met the Rebbe in the early years of his leadership of Chabad Lubavitch. It was 1956, and I had been sent from Israel to serve as emissary of the Bnei Akiva religious youth movement in the United States. When a friend invited me to a farbrengen at 770 Eastern Parkway, I went and was most impressed by the event, especially by the Rebbe who spent many hours speaking words of Torah and leading the singing of Chassidic melodies.

Later in the winter of that same year, I was privileged to meet the Rebbe in a private audience. When I arrived at the appointed time, which was very late at night, I was surprised to see such a long line of people waiting to see him, and I wondered: If the Rebbe is busy running Chabad during the day and then meets with people during the night, when does he sleep?

The main topic of our conversation concerned Jewish education. I explained to the Rebbe what my responsibilities as a Bnei Akiva emissary entailed, and I told him that, unlike in formal educational frameworks where the students sit day after day imbibing Torah knowledge, the members of a youth movement only get together on the weekends and just for a few hours. Therefore, we focus on what’s most important – communicating to them the key concepts of faith.

The Rebbe’s responded that, in his opinion, in all types of educational frameworks the main emphasis should be on these essential topics.

I have to say that his message – that the focal point of education needs to be instilling faith and awe of G-d and not just imparting knowledge – is a message that has stayed with me to this day.

We also discussed the mixing of genders at Bnei Akiva gatherings. The Rebbe had grave reservations about this. He said that we had to be aware that such a policy was a disaster. But he added that our programs were preventing an even greater disaster since we were bringing young people closer to Torah. He felt that, under the circumstances, this outcome counterbalanced the danger.

I remember leaving that meeting not only uplifted, but even more impressed by the Rebbe than I had been before. I was very young at the time, just twenty-four, but the Rebbe had treated me with great respect, and he spent a long time talking with me.

Years later when I was sitting shiva for my mother, I was surprised to receive a condolence letter from the Rebbe. I hadn’t informed his office of my mother’s passing, yet somehow he had heard about it and took the trouble to write to me of his own accord. I amazed: Who am I that he should remember me?!

Every time I traveled to the United States for work, I tried to make sure to see the Rebbe. This was already during the 1980s, when private audiences had been suspended, but it was possible to exchange a few words with the him when he distributed dollars for charity on Sundays.

In January of 1991, after I had participated in a festive event in the Nachalat Har Chabad neighborhood of Kiryat Malachi commemorating a siyum – the end of a study cycle – of the Mishneh Torah by Maimonides, I came to New York. I stood in line to receive a dollar from the Rebbe, and I told him that at the siyum I had related his directive not to look for faults among the Jewish people, only their merits, and that what we must do today is to bring our people closer to Torah with love.

The Rebbe responded, “Maimonides takes this even further. At the conclusion of Mishneh Torah, he states that at the time of the Final Redemption all nations of the world will concern themselves only with coming to know G-d.” That is, the Rebbe was stressing that not only the Jewish people, but the entire world – all of humanity – will someday strive to know their Creator.

This encounter took place just after the gates of the Soviet Union had opened and many Russian Jews were immigrating to Israel. So, I asked the Rebbe to call upon his chasidim and Jews in general to welcome the new immigrants with love, for we had to bring them back to their Jewish roots from which they had been cut off.

The Rebbe responded that his chasidim did not need to be persuaded of this, as they were already doing what I advocated. He pointed out that, because of their efforts through the years, Russian Jews were still connected to their roots and were coming to Israel rather than immigrating to other countries, and even those who went to the United States were being encouraged to come to Israel. He concluded, “May it be G-d’s will that we hear good news soon, and that the Mashiach won’t need to depend on our efforts. Rather, he himself will gather all the Jews – also those born in America – and take them immediately to the Holy Land.”

In conclusion, I would just like to say that the Rebbe was one of the greatest leaders of the Jewish people, whose reach spread across the whole world, to every place where there are Jews. He was concerned for each member of the Jewish nation wherever he or she might be found. His emissaries have gone to every corner of the globe, including the most remote places, and it is because of them that Judaism exists in these places. Because of Chabad influence, so many Jews have returned to their roots and to Torah. How fortunate we are that we have merited to have a person such as the Rebbe in our generation – he was one of a kind!

Rabbi Chaim Meir Drukman, winner of the 2012 Israel Prize, is a former member of the Knesset who presently serves as the head of Israel’s State Conversion Authority and as head of the Center for Bnei Akiva Yeshivot. He was interviewed in July of 2012.