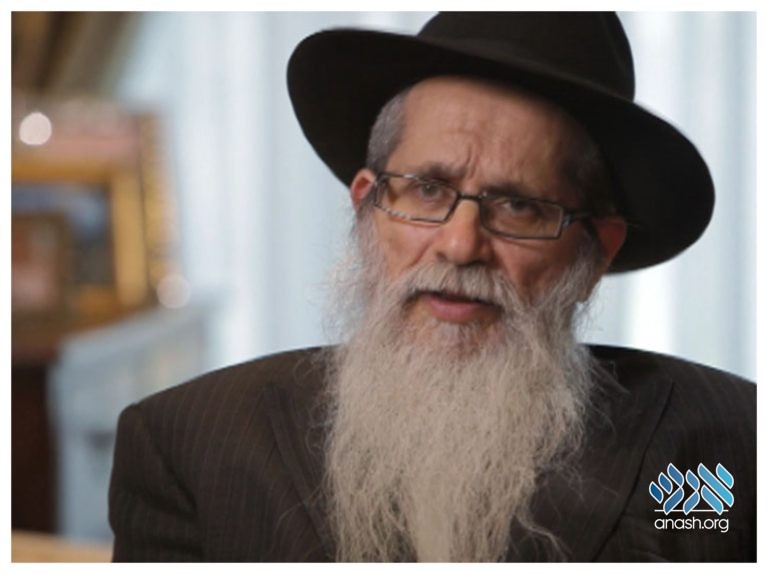 In an exclusive interview with Anash.org, Toronto’s head shliach Rabbi Zalman Grossbaum reflects on the changing landscape of shlichus.

“Back then, there were opportunities to go out to states and provinces, greater territories on behalf of the Rebbe and Merkos,” Rabbi Grossbaum began. “There were a few places that we looked into first, but the Rebbe didn’t agree. When it came to Toronto, the Rebbe gave his blessing.”

At the time, there were about 90,000 Yidden in Toronto and the surrounding areas; today there are approximately 200,000.

“The years right before we left were when the Rebbe was launching the mivtzoyim campaigns, so our first peulos were based on the ten mivtzoyim,” Rabbi Grossbaum said. “They were very well received, and people got very involved in them.”

During those initial years, Rabbi Grossbaum also focused on being present at all local events connected to the Jewish community and Eretz Yisroel.

The Jewish mosdos from dowtown all the way to the top of the city were tethered to Bathurst Street. Lubavitch had the opportunity to buy a 3 acre property which was on Bathurst Street, but outside the city.

When the Grossbaums arrived in Toronto, most people were at a loss as to what brought them there. Unaffiliated with a shul, school or any existing Jewish institution, the wider community could not make sense of their presence.

“We went at the end of the era when shluchim went to a community who had no understanding of what they were doing. If you were the Rabbi of a shul, an educator or a shochet, they understood that. But coming to start a chabad house where there is no community? It made no sense to them.”

“I remember speaking to a group of four brothers about what we were doing- reaching out to all Jews regardless of affiliation. One of them said, ‘This all sounds really interesting, but what do you do for a living?’

“Today, a shliach can go anywhere in the world- even a remote island – and people will know exactly why he’s there and what he does. His reason for being there is understood; he represents Chabad!”

Thankfully, there were people of means who identified with the bold nature of Lubavitch and the shluchim- working without an infrastructure, reaching out in radical ways to bring people closer to Torah and mitzvos. Some appreciated the fact that the shluchim were ambitious and idealistic without being supported by a payroll and a developed community.

It was when they were brought to the Rebbe, however, that they really bought into the bigger picture.

Early on, Rabbi Grossbaum began organizing a trip every Yud Tes Kislev to bring balebatim to the Rebbe. Chabad of Toronto would host a dinner in New York with 35-40 lay leaders, after which they would attend the Rebbe’s farbrengen . The affect these trips had on the balebatim lasted long after they returned home. Though nothing can compare to what was experienced then, Rabbi Grossbaum believes that this connection can still be achieved today.

“It’s definitely a longer road, but there are people who have been matzliach in bringing balebatim to the Ohel; something there really reaches them,” Rabbi Grossbaum observed. “They have a shaychus to lubavitch and the Rebbe, and when they’re brought to the Ohel and they see the background, it has a major impact.

“We have a balabus who is very helpful and involved with camp, and every year we bring him to the ohel and he sits down and writes a long and lengthy kvittel, like a real chossid, or a shliach writing a report!”

When the Grossbaums began the work of establishing small communities by geographic location, an interesting phenomenon was noticed. Many of these “pocket communities” consisted of immigrant families from similar backgrounds who had gravitated toward a certain area. They started by bringing a shliach to serve the Russian community; today there are 7 shluchim working under Rabbi Yosef Zaltzman.

Another example is the community of Markham. When Rabbi Avrohom and Goldie Plotkin moved there, the only plan was to serve the Jewish families who had begun moving east of the city. Soon after, many South African families began settling in the neighborhood; as a result, the Plotkins work primarily with South Africans.

There is also a very successful center for dovrei Ivrit under the leadership of Rabbi Yisrael Landau. Each of these “pockets” has flourished into a mature community centered around a shul with regular Chabad House programming.

Several years after the Grossbaums came to Toronto, the Rebbe spoke about making sure that every child is in a good environment during the summer. Since they’re not in school, it’s a good opportunity to provide the children with a yiddishe chinuch.

“We started a camp back then which today has over 800 campers and around 200 staff members,” Rabbi Grossbaum said. “Now on orientation night of camp, we have parents who say, I don’t need orientation! I was here as a camper and a counselor!”

The Chabad Gate community was established in 1981. Because the cheder is close by, many anash families began moving near the shul, which proudly bears the address ‘770 Chabad Gate’. Today there is a wide range of mosdos for the Thornhill community, ranging from a day camp to Gan Yisroel overnight camp, from cheder to a Lubavitcher mesivta.

In addition, there are 27 Chabad Houses operating under Chabad of Toronto’s umbrella.