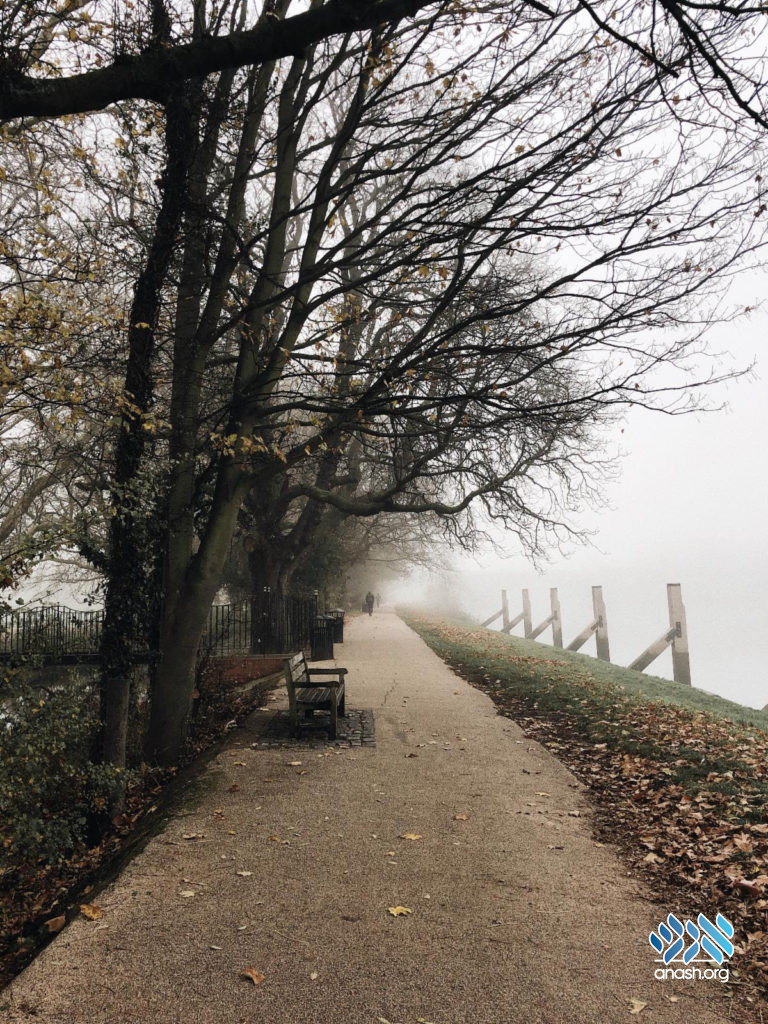 The third Bobover Rebbe, Reb Shlomo, was about to enter his shul for erev Shabbos mincha when a young man walked past on his way to the park. The Rebbe greeted him and invited him to join them.

“Do I look Jewish?” he asked, surprised.

The Rebbe smiled. “Yes, you certainly do.”

They exchanged some warm words and the man followed him into shul. The Rebbe asked that he be given a yarmulke and a siddur, and when it came time for kabolas Shabbos he asked the visitor to be the chazzan. Although he was caught by surprise, the man agreed and davened beautifully at the amud.

After davening the Rebbe thanked the chazzan, who asked to talk to the Rebbe privately. He explained that before the war he had been the chazzan of his town, but this was the first time he had entered a shul since losing his entire family in the Holocaust. “Please join us tomorrow, too,” said the Rebbe. “We’d love to hear your musaf.”

He came back the next week, and again delighted them with his davening, and the Rebbe asked that he return again the following week. But Friday night came and the man didn’t show. Shabbos morning, the Rebbe sent his son, Reb Naftali Tzvi, the next Bobover Rebbe, to look for him in the park. He found the man sitting on a bench, reading a newspaper and smoking.

The frazzled Naftali Tzvi ran to his father. “I found him, but he’s smoking on Shabbos!”

His father didn’t hesitate. “Please tell him that the amud is waiting for him.”

His son couldn’t understand, “But he’s smoking! He’s being mechalel Shabbos in public!”

Now, with a sterner look, the Rebbe replied, “Ehr raichert?! Der Deutsche raichert!” (He’s smoking?! The Nazi is smoking!) and repeated, “Please ask him to come.”

Naftali Tzvi returned to the park and told the man that the Rebbe’s waiting for him.

“Did you tell him you saw me smoking?”

“Yes.” And he repeated his father’s response.

Visibly shaken, he told Naftali Tzvi that he didn’t feel right going straight from a cigarette to the amud, but promised to come the following week.

And he did. And again, after davening Reb Naftali Tzvi asked his father how he allowed this, and again came the same response, “Ehr raichert?! Der Deutsche raichert!”

Shortly afterwards the Rebbe moved to Boro Park and the chazzan was not seen again.

Forty-five years later the Bobover Rebbe was giving “shulem” in Boro Park and an elderly man with a white beard and a walking stick introduced himself as the chazzan from the park, and invited the Rebbe to officiate the wedding of his grandchild. The Rebbe greeted him warmly, said that he certainly remembered him, and that although he didn’t officiate weddings anymore, he’d be happy to join one of the sheva brachos.

The rebbe took his son, Reb Naftali Tzvi, along with him to sheva brochos. As they entered the full hall, the elderly man beamed to the Rebbe, “These are my 150 grandchildren, and it’s all thanks to you.”

The Rebbe turned to his son and said, “Didn’t I tell you it wasn’t he who was smoking?” [1]

The theme of Elul is teshuva. In chassidus, teshuva is defined as the ability to return to our true selves. But who are we really?

The Alter Rebbe[2] takes the name of every Jew, “Yisrael,” and interprets it as “Sar E-l,” which means “E-l is the master.”[3] The true master of every Jew is the G-dly soul inside of him. Everything else is additional to his true essence.

Throughout the year, our true selves may get covered up. But it’s not the real us. When Elul comes around, Hashem urges us to shed our cover and show our true selves. And doing so now will make it easier to continue to do so throughout the upcoming year.

And it’s not only about us. There are Jews all around us who have “Deutchen” inside them. In some cases, it’s trauma or pain that hold their neshamos captive, causing spiritual or even physical self-destruction. In others, it’s a lack in education. No matter the cause, these people are not truly content. They can’t be. No one is happy being someone else.

It’s our responsibility to help these people free themselves. A friendly smile or an invitation to learn Torah together can be more healing than we’ll ever know. Never underestimate how quickly a Yid will leave his cigarette behind and feel at home in shul. And you never know; he may be a great chazzan.

[1] Thank you to reb Asher Vorst for sharing this story with me.

[3] The yud is used to denote the consistency of the matter, as in Iyov 1:5