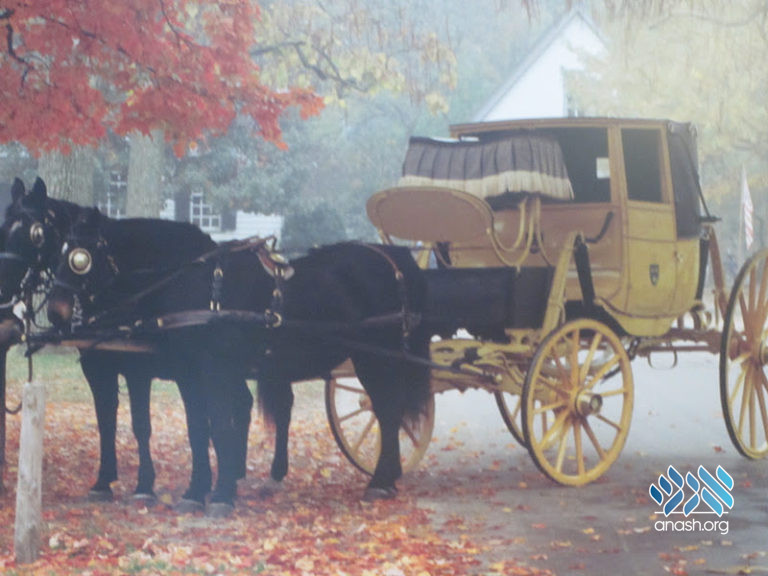 Melava malka story: How did the Maggid of Mezeritch go from being wary of the Baal Shem Tov’s path to becoming his closest talmid?

At the time our story takes place, Reb Yaakov Yehoshua—a renowned talmid chacham who served as rav of Frankfurt—had never seen the Baal Shem Tov, but had heard rumors of his piety, scholarship, and kindness.

Every year, Reb Yaakov Yehoshua had the privilege of hosting Reb Dov Ber of Mezrich, a fellow talmid chacham of the highest order. By nature sickly, Reb Dov Ber would travel to the hot springs in Karlsbad, making it a point to journey via Frankfurt where he could delight in discussing Torah thoughts with the rav.

It once happened that while Reb Yaakov Yehoshua was teaching his students a carriage pulled up outside the beis medrash. The passenger sent his assistant into the building to request that the rav come out and speak to him about a confidential matter.

“I am sorry,” said Reb Yaakov Yehoshua, “but I cannot interrupt the Torah learning of the group for the sake of an individual. He may come inside, and I will be happy to speak to him when I am done.”

The aide soon returned with the message that the issue his master wished to discuss was so important it took precedence over the shiur.

Hearing that, Reb Yaakov Yehoshua went outside and extended his greeting to the stranger in the wagon.

“Listen,” said the man from his seat, “the butcher in your town, the one everyone trusts to supply them with kosher meat, is actually selling non-kosher meats. This has been going on for more than 10 years. After your shiur, summon him and speak to him, and you’ll see that he’ll admit his wrongdoing.”

With that, he signaled his driver and the carriage sped off before the rav had a chance to ask any questions.

The rabbi summoned the butcher and was dismayed to discover that the stranger was right. The Jewish denizens of Frankfurt had been eating non-kosher meat for a decade!

Although he couldn’t be certain, the rav suspected that the mysterious stranger who seemed to know this most closely-kept secret was none other than the Baal Shem Tov.

Time passed, and the same carriage pulled up once again outside the Frankfurt yeshiva. This time, the rav went out as soon as the assistant asked. Sure enough, the same man was sitting inside. “The next time Reb Dov Ber comes to visit,” he instructed, “please tell him that it is impossible for his feet to heal unless he comes to me.”

Again, the carriage clattered away before the rav could ascertain the identity of its passenger, but he had no doubt. It had to be the Baal Shem Tov.

And so it was. The next time Reb Dov Ber came to Frankfurt, his host recounted the strange chain of events and encouraged him to visit the Baal Shem Tov. Reb Dov Ber traveled to Mezhibuzh, where he became the Baal Shem Tov’s devoted disciple (and was healed from his painful foot ailments).

In time, the Baal Shem Tov counseled his newfound talmid to make the trip to Frankfurt. There, he told his host all about his newly-acquired reverence for the Baal Shem Tov, whom he considered to be on par with the chachamim of the time during which the mishna was written.

“But what happened to all your questions?” asked Reb Yaakov Yehoshua. “How were they answered?”

“I will explain,” replied Reb Dov Ber. “Until now, I thought him to be mere man like us, and I therefore questioned him and his path. Now I know him, and I have observed that he is more of an angel than a man. Recognizing that we cannot even begin to fathom who he really is, it is only natural that we cannot understand him or his ways, nor can we expect to.”

Adapted and translated from Sippurim Noraim.