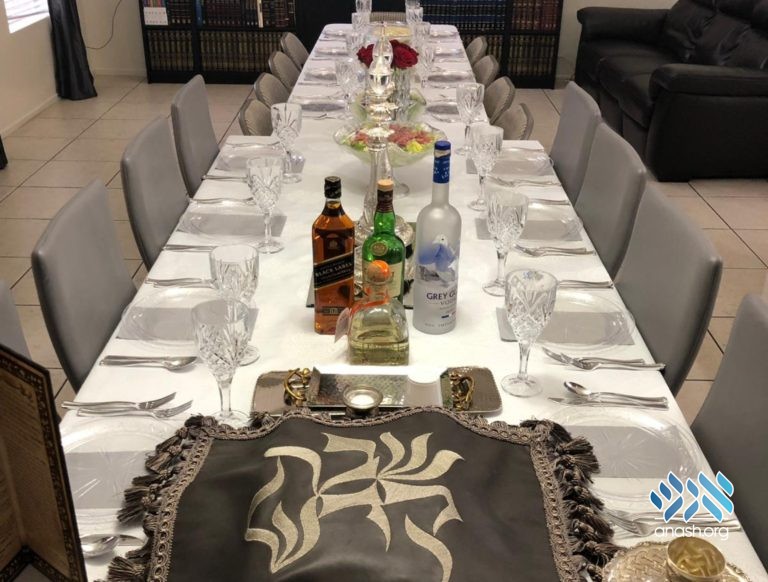 by Rabbi Yossie Nemes for Anash.org

A mere few weeks after the Tishrei season’s end, the Crown Heights community once again rolled out the red carpet, this time to shluchim from around the world.

The hachnasas orchim of Tishrei was not a one week affair; for an entire month (or longer!), the community opened its doors, filling every bed and couch with guests. Those who came to spend Tishrei with the Rebbe were welcomed with great warmth and kindness. They were offered places to stay, food to eat, and pretty much anything else they need.

Tishrei ended, and two weeks later Crown Heights was welcoming hundreds of college students for the Pegisha shabaton. And then, last week, with barely a moment to catch their breath in between, thousands of shluchim descended on the neighborhood. Once again, every bed and couch was filled and many extra places were set at the Shabbos table.

The bond between shluchim and Crown Heights has always been a deep, strong one. Crown Heights is our home base; it is the source of our energy. The people living there extend help and support to the shluchim in so many ways – some tangible, others not as much. As the Rebbe’s work continues to expand and affect more and more of the world, those bonds are strengthening as well.

Having returned to my makom hashlichus, I want to thank the incredible family who hosted me, and the families who did the same for so many others. Thank you for the open-hearted generosity you so graciously extend time and time again. Thank you for standing behind our efforts, offering help and encouragement- at the moments when we need it most.