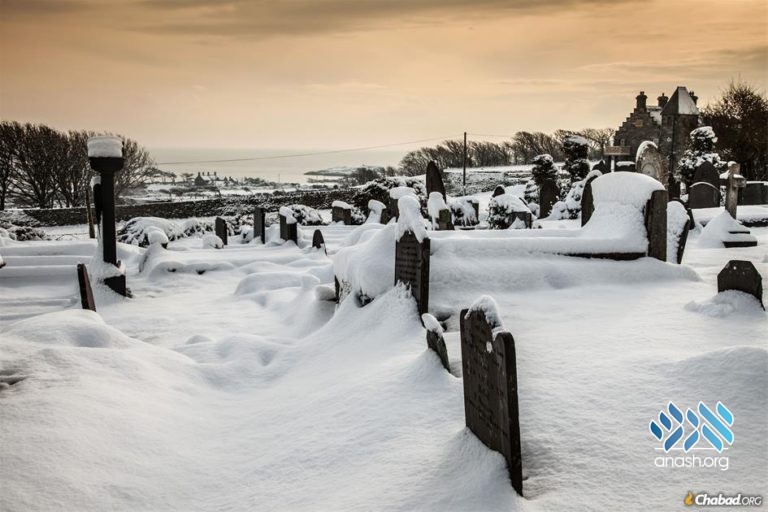 When the snow melted, the community of Kherson saw they had made a mistake; as they soon discovered, however, it was no coincidence.

To further trample any sense of Jewish pride, Tsar Nicholas I issued a new decree: peyos were hereby banned. Anyone caught with them would be subjugated to a public haircut, usually done by gleeful soldiers with bayonets.

The response from the Jewish public varied. Most either curled their peyos behind their ears, stuffed them underneath their yarmulkes, or trimmed them to slivers. Some, however, like Reb Hillel of Paritch (who lived in Bobruisk, Belarus, at the time) simply did nothing. No one, not even the tsar himself, could intimidate Reb Hillel. His peyos remained untouched.

And then it happened. The long tufts of silvery hair dangling down the sides of Reb Hillel’s head couldn’t possibly go unnoticed. Without a moment’s hesitation, an officer tackled Reb Hillel to the ground, ready to hack off his peyos, but he found the task more difficult than he had anticipated. Eyes squeezed shut, Reb Hillel clapped his hands over the sides of his face, and try as he might the officer couldn’t pry them off.

A Jewish tailor, who sewed military uniforms for a living, found Reb Hillel pinned to the ground, fending off swipes from the desperate officer.

“Leave him alone! Get off of him!” the tailor yelled. “This Jew is a righteous man. Treating someone that holy like this is inappropriate and insulting!”

It may have been the tailor’s panicked shouts, or perhaps it was plain exhaustion, but the officer grunted in disappointment and slid off the old Jew.

Reb Hillel was euphoric. “I promise you,” he told his benefactor, “that your burial place will be adjacent to mine.”

When Reb Hillel passed away a few years later, he was buried in Kherson, in southern Ukraine.

With time, the tailor turned gray and decided to travel to visit his daughter who lived in Kherson. On the way back to Bobruisk, ill health compelled him to return to his daughter’s home, and within a short time he returned his soul to its Maker.

The funeral took place on a blustery day with snow covering every nook and cranny. Picking the burial plot would be tricky in those conditions. Since the departed was a stranger from faraway Bobruisk, the committee decided to bury him at the edge of the cemetery.

As warmer weather came round and the snow melted, they discovered their mistake: The simple tailor from Bobruisk had been interred right beside Rabbi Hillel, an honor reserved for the most prestigious citizens.

The local rav was consulted, but he did not allow the body to be moved. After all, tampering with a grave is a serious affront.

How could such a thing have happened? The rav decided to pursue his own research.

A letter from the rav of Bobruisk revealed everything he needed to know. Rabbi Hillel’s brocha had been fulfilled.