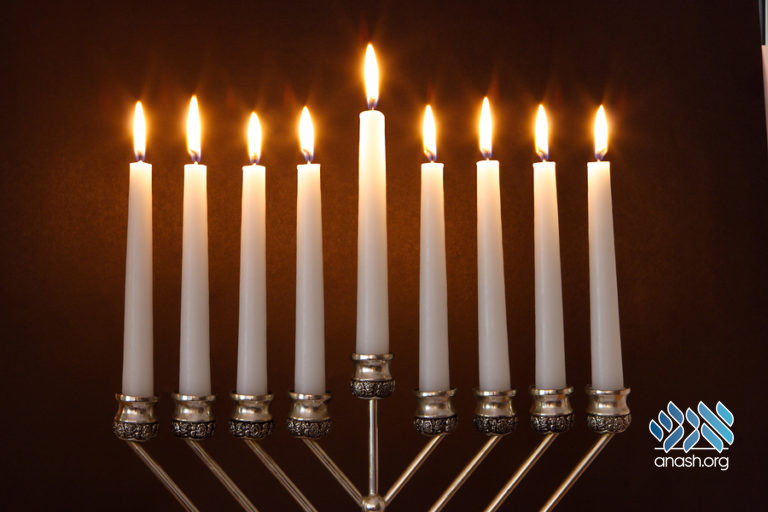 Melava malka story: When Reb Chaim Halberstam of Sanz prepared to light the missing menorah, his family was in for a surprise.

The household of Reb Chaim Halberstam of Sanz was used to things vanishing without warning. Whether it was a silver goblet, an ornate spice box, or the Shabbos candlesticks, all they could do was acknowledge the disappearance and continue on with their day. There was no thief to catch, no mystery to solve. Well known for his expansive love of fellow Jews, Reb Chaim pawned whatever he could find to help those seeking monetary relief, whether it was an orphan collecting for his wedding or a mother in need of food for Shabbos. With nothing spared, his house remained bare of furnishings most of the time.

Weeks before Chanukah, Reb Chaim opened the door to a haggard-looking gentleman and invited him into his study. The Jew, who had traveled long distances to get to Sanz, didn’t say much, but pulled a scroll from his pocket and began showing Reb Chaim a distinguished pedigree. He spoke eloquently, with an air one would expect from an aristocrat.

When he had finished introducing himself, he rolled up the scroll, buried his face in his hands, and began to sob. Through his tears, he managed to describe his impoverished life. His daughter had reached the age of marriage, and he didn’t have the means to provide for her wedding.

“Hashem will help,” he promised.

In his mind, he was already thinking about what to give this poor gentleman.

Reb Chaim disappeared into the house. All of his shelves were empty. He skimmed the walls, shelves, drawers, praying he would find something to give the man. Nothing but dust. Everything had been pawned. But he could not send the man away without even a single coin.

Sitting on top of his bookcase was the handsome silver menorah he lit each Chanukah. Reb Chaim quickly brought it down, blew off the thin coating of dust, and wrapped it in paper to prevent unwanted stares. The man watched Reb Chaim, peering from behind the door, his worry melting into a wide grin.

It was a week before Chanukah when the Rebbetzin finally discovered the missing menorah. Though she didn’t confront her husband, she felt a twinge of sadness. She couldn’t imagine her window bare of the festive lights while the homes around them glowed.

One day before Chanukah, she reminded her husband that their house had no menorah. Reb Chaim seemed to be unbothered, even calm. He smiled underneath his thick mustache and said nothing.

Late afternoon, after davening Mincha, all the townspeople rushed home to light the Chanukah lights. One by one, flames popped up in the neighboring windows, but the Halberstam house remained gloomy and dark despite the late hour. Reb Chaim was in his study, learning the mystical themes of the holiday. Despondent as they felt, no one wanted to bother Reb Chaim and remind him about the neglected mitzvah. The pain they knew they would see on their father’s face was too much to bear.

Suddenly, the study door opened and Reb Chaim appeared. If he was worried, he hid it perfectly as he busied himself with the lighting preparations, leisurely going about the room, gathering oil and rolling wicks. But there was still no menorah to light.

As that thought crossed the minds of all present, a rhythmic clatter and the whinnying of horses sounded from outside. A luxurious coach had pulled up to the house. The door opened and a well dressed couple stepped out, a package visible in their hands.

The two breathlessly apologized for the late hour, but also seemed impatient to speak with Reb Chaim. For an hour or so, Reb Chaim and the couple sat in his study, door closed, discussing a matter of urgent nature. The rav listened and showered them with blessings.

As the couple stood to leave, the man placed the package on the table.

“This is our thank you,” he said, removing the paper.

A tall menorah, wrought of the finest silver, stood twinkling on the table.

Reb Chaim’s face registered no surprise. Rather, he delicately moved the menorah to its usual place and crowned it with olive oil and wicks. In his right hand, he held the shamash and recited the three blessings.

The miraculous atmosphere of Chanukah was undoubtedly felt by everyone that year.