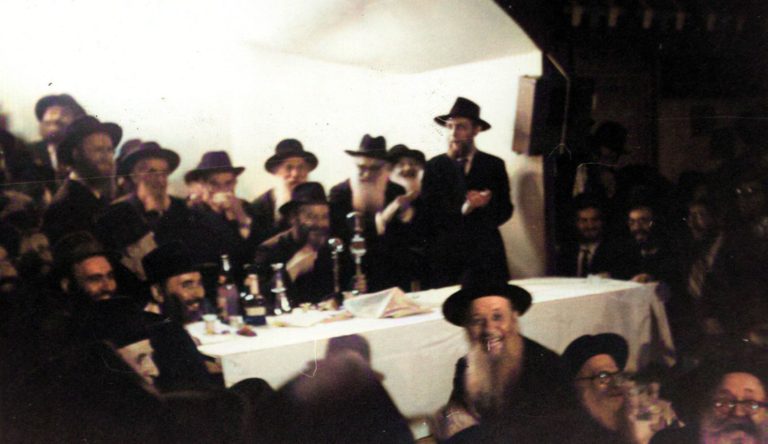 After spilling mashkeh at his first 770 farbrengen, Professor Reuven Sugarman was alarmed to see tens of chassidim rushing towards him. To his great surprise, they began congratulating him.

Professor Reuven Sugarman of Burlington, Vermont is a fascinating personality with a great sense of humor. A baal teshuvah whose journey towards Yiddishkeit was greatly influenced by visiting Lubavitchers, he was instrumental in establishing Chabad in the state of Vermont.

In the 1970s, Professor Sugarman attended his first farbrengen in 770. While standing in the crowd, he accidentally spilled his mashkeh on the hat of the man in front of him. He looked up to see tens of chassidim rushing towards him; he was terrified that he had ruined someone’s prized hat.

Imagine his surprise (and relief!) upon finding out that the chassidim headed his way were not coming to yell at him at all. Instead, they were rushing to congratulate him- he had made the Rebbe laugh!