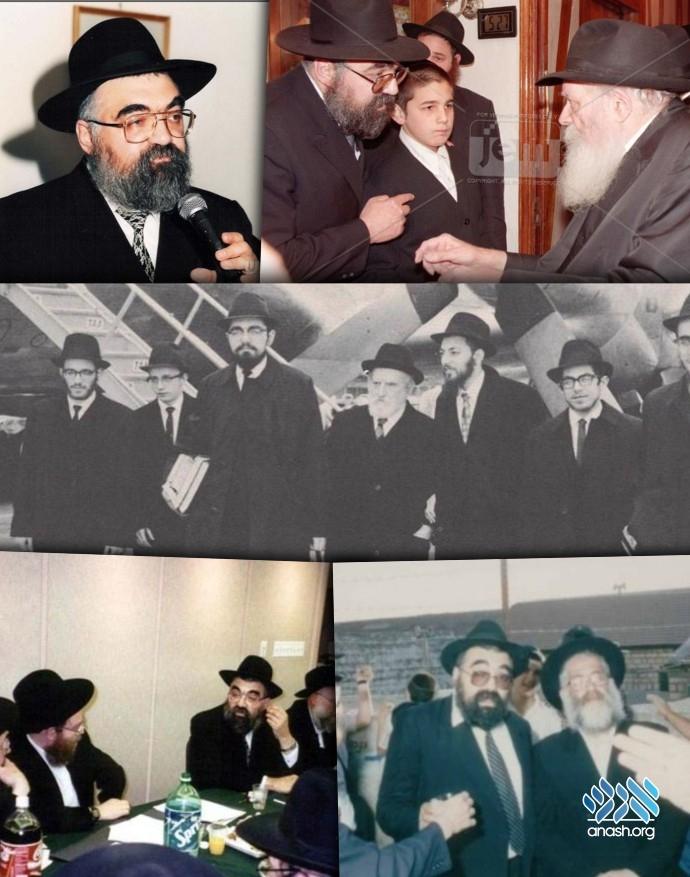 Reb Leibel Kaplan, the Rebbe’s shliach to Tzfas, was a brilliant talmid chacham and an influential shliach throughout Eretz Yisroel. His sudden passing on the 16th of Iyar, 5758/1998, was a terrible blow to chassidim everywhere.

Rabbi Arye Leib Kaplan was born in Paris on 19 Tishrei 5708/October 3, 1947 to Reb Moshe Binyomin and Sarah Kaplan, His father was a talmid of the underground chadorim and yeshivos in the USSR, his mother the daughter of the chossid Reb Nochum Yitzchok Pinson, who was exiled by the communists and passed away in 5702/1942.

As an infant, his family moved to Manchester, England. As a child, young Leibel studied at the local cheder with great hasmada and was the pride and joy of his family. At the tender age of nine, he wrote a letter to the Rebbe, having found nobody else who could answer a question he had. The Rebbe’s response was later published in Igros, vol. 15 pg. 47. The Rebbe included a whole matza along with his response; only later did people realize it was intended for the youngster.

In 5716/1956, the family moved to New York. At the age of 14, Leibel went into yechidus with the Rebbe for the first time. While in New York, he joined the group of chozrim memorizing the Rebbe’s sichos and farbrengens, many of which were six hours long, or even longer!

In 5725/1965, he left to study at the yeshiva in Montreal, where he always looked out for weaker students and helped them in their studies.

In 5726/1966, Rabbi Zalman Serebrianski founded the Yeshiva Gedola in Melbourne. He wrote to the Rebbe, asking that he send shluchim, but the Rebbe’s response was to first begin with local bochurim, and after a trial period shluchim/bochurim would be sent. A year later, Rabbi Chaim Gutnick visited the Rebbe and asked that the Rebbe send bochurim to help solidify the yeshiva. The Rebbe personally selected a group to go as shluchim for two years, learning and engaging in outreach within the Melbourne Jewish community. This group was the forerunner of similar groups sent to Lubavitch Yeshivas worldwide.

In 5731/1971, Reb Leibel became engaged to Ms. Sara Hinda Lieberman of Detroit, the daughter of Rav Moshe Dovid and Chaya Lieberman. Rabbi Lieberman was Chief Rabbi of Antwerp, Belgium, until his passing a few months ago.

“I Am Taking Him for Myself ”

At 4:00 AM, he leined krias shma and went to sleep in his car. One hour later, just 15 miles from the historical town of Lubavitch, a truck crashed into the car, and Reb Leibel was killed instantly. His body was later interred in the historic cemetery of Tzfas.