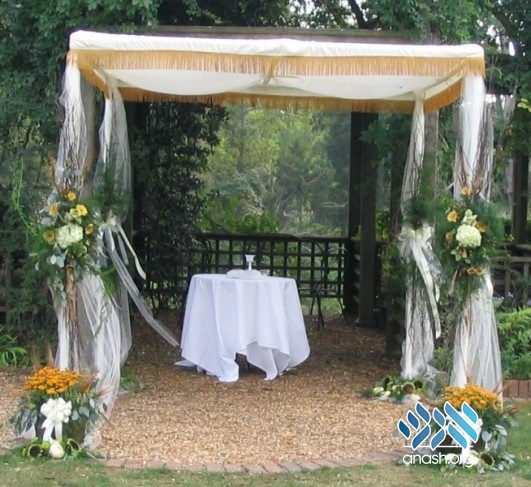 All the Jews of Berditchev, along with many visitors, streamed toward the home of Reb Levi Yitzchak, which had been a hub of activity for days. Baila, an orphan adopted by Reb Levi Yitzchak and his wife, was marrying an exceptional bochur who was also parentless.

Well-wishers kept the door swinging on its hinges and the wooden table strained under the weight of the gifts. Reb Levi Yitzchak and his wife struggled to properly thank the crowds. Even the renowned Reb Mendel of Vitebsk, a dear friend of Reb Levi Yitzchak, came to convey his blessings of mazal tov. It was a joyous occasion for all.

Amid the din of the celebration, no one heard the faint clopping, which slowly grew louder and more aggressive, until the shelves and tables rattled and shook. A hysterical scream confirmed the worst. “Run! Hide! Bandits are coming!”

The townspeople scattered. With an air of familiar resignation, doors slammed, locks slid shut, and the streets emptied. No one wanted to be the next Jewish martyr.

Hired by the local duke, the bandits had come to collect a new Jewish bargaining chip. They weren’t picky; the first person they found would suffice.

Amidst the panic and confusion, nobody bothered to check on the chosson, who was swaying in deep prayer. It was his wedding day, his personal Yom Kippur, and the young man wanted to appropriately prepare for the moment. Engrossed in meditation, he didn’t hear the screams, the resultant clamor to escape, nor the bang of the door as the duke’s men burst into the shul.

The men grabbed the chosson, threw him onto a horse, and thundered triumphantly past the shuttered homes. Their reward was waiting at the estate.

When the gallops faded and the dust had settled, people slowly emerged. Who was it this time? A nervous count was conducted, and the chosson’s absence discovered. The kallah sank into throes of despair. The townspeople watched the wailing young woman helplessly. Reb Levi Yitzchak, however, held up a reassuring hand, looking unruffled by the panic around him.

“Please calm down,” he requested. “I promise we will get him back and you will still celebrate your wedding today.”

His words managed to instill some quiet, and the kallah sat to catch her breath.

True to his word, Reb Levi Yitzchak immediately set out for the duke’s estate, accompanied by his friend Reb Mendel. Wearing their silk Shabbos finery, they strolled unperturbed, as though merely out for a pleasant walk. When they arrived at the handsome, gated estate, they strode past the guards without a second glance. No one attempted to stop them. Even the guard dogs didn’t bark.

Through the corridors and past countless rooms the rabbis walked, until they found the duke himself, rolling on the floor of his office, drunk. Unlike his staff, the duke greeted his unexpected company with the appropriate outrage.

“What are you vile Jews doing here?” he roared. “How did you even get into my house?”

“A bribe?” the duke cackled. “Is this what it is? You’ve come to bribe me, but I won’t have it! Even if you offered five thousand rubles, I wouldn’t take the money!”

Reb Levi Yitzchak leaned close to the duke. “What if we give you ten thousand?” he whispered.

“Bring this sum,” said the duke, “and I’ll release him. But remember! Nothing less than ten thousand or you’ll be seeing the door instead of the young man.”

The rabbis left the estate clinging to a sliver hope, but they had no idea how to procure such an immense amount sum.

A coach suddenly appeared, seemingly out of nowhere, and came to an abrupt stop near the rabbis. The door swung opened and a richly clad man held out his hand, inviting the rabbis to join him. Reb Gedaliah, who was just returning from the merchants’ fairs of Jaroslav, Poland, certainly wasn’t expecting to see two of the country’s most prominent rabbis standing at the edge of the road. Of course, it was his pleasure to offer them a ride in his well appointed coach.

Settling into the upholstered leather seat, Reb Levi Yitzchak asked, “How were your affairs in Jaroslav?”

“Baruch Hashem,” said Reb Gedaliah, grinning. “I’ve earned ten thousand rubles. Oh wait, here’s something for the poor…” He rummaged through his pockets and produced a heavy pouch. “Here’s ten percent of what I made. There should be a thousand inside.”

“Bless you for your kindness,” said Reb Levi Yitzchak. “However, we need ten thousand rubles to redeem a prisoner. If you’re willing to provide that sum, I promise you’ll have a share of my World to Come.”

“Now,” said Reb Levi Yitzchak, “not only will you be rewarded in the World to Come, but you will be rewarded in this world as well. Please tell your driver to direct the coach to the duke’s estate.”

The rabbis found the duke exactly where they’d left him, except this time he was sleeping. Reb Levi Yitzchak shook him awake. The duke greeted them with curses.

“I have your money. Ten thousand rubles, as promised.”

The duke cocked a bloodshot eye at the pouch. Scarcely believing his good fortune, he reached for the money and barked at his servants to free the young man.

Escorted by a guard, the chosson appeared shaken but otherwise unhurt. Tearfully, he gave thanks to Hashem with a small tefillah.

“We still have enough time for the chuppah,” said Reb Levi Yitzchak. And true to his word, the wedding proceeded without any further hitches, celebrated with utmost joy.

As the festivities began to wind down, he called for Reb Gedaliah. “I promised you a reward in this world, so follow my instructions: Tomorrow, stop near the bridge spanning the river and wait by the bank.”

And indeed, the next day Reb Gedaliah found some trees near the riverbank below the bridge and settled in to wait. Through the bridge’s wooden slats, his eyes followed some overloaded wagons rumbling overheard. Then something caught his eye. It was the duke pressed down on his horse, racing for the bridge.

In a flurry of hooves—and it all happened so fast—the horse and its rider barely reached the bridge’s center when one of the wooden slats splintered into pieces. Horse and rider plunged into turbulent river and disappeared. Reb Gedaliah stood as close as he dared, waiting for the duke to reappear. But all he saw was a small wooden box, floating on the river’s currents.

Reb Gedaliah opened it. Inside were his ten thousand rubles, along with jewelry—which he gifted to the newly married couple.