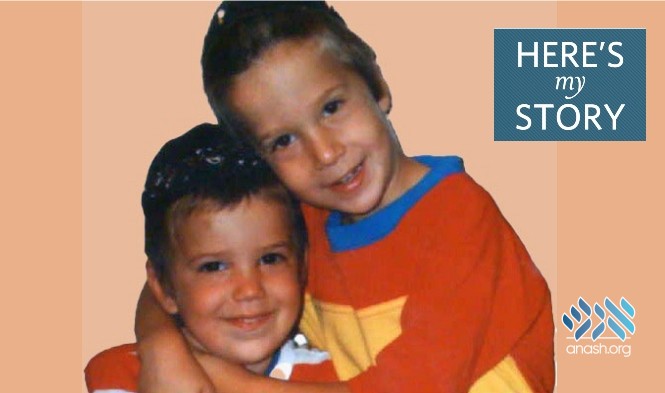 Here’s My Story: Mrs. Leah Moscowitz of Chicago tells of her miracle baby boy and the great interest the Rebbe took in her health and of the baby. Plus the dollar from the Rebbe he received at his Bar Mitzva.

Mrs. Leah Moscowitz has worked as a teacher at Cheder Lubavitch of Chicago for over thirty years. She was interviewed in September of 2015.

When I was three years old, my parents were told by doctors in Israel – where I was born and raised – that a valve in my heart was damaged and would eventually need to be replaced. However, I was able to lead a normal life, get married at age twenty, and give birth to two daughters.

It was not until my husband, Rabbi Moshe Moscowitz, and I moved to Chicago in 1983 – where we both accepted teaching offers – that my lingering health problems escalated.

I started feeling extremely fatigued, and I ended up in the hospital for tests. That is when Dr. Ira Weiss, the Rebbe’s cardiologist who lived in Chicago, became my cardiologist as well.

After seeing the results of my echocardiogram, he told me, “Leah, my advice to you is to have your heart valve replaced immediately.”

Having a major surgery at the age of twenty-three was frightening. I also knew – having been told this before – that it would mean the end of my childbearing, and I could not fathom such a thing since I looked forward to raising a large family. I told Dr. Weiss, “Without the Rebbe’s blessing I will not agree to the surgery. You have the best connection, so please ask him for me. Whatever the Rebbe says, I will do.”

Shortly afterwards, Dr. Weiss got back to me: “The Rebbe said not to operate, but to treat you with medication.”

There was a risk of my damaged heart valve causing a stroke, so Dr. Weiss prescribed Coumadin, a blood thinner, to prevent this. But I was absolutely forbidden to become pregnant while taking this particular medication as it was known to damage the fetus. Furthermore, as a side effect, it caused me bleeding ulcers, and I was hospitalized several times.

Dr. Weiss often told me how the Rebbe took a personal interest in my health condition, asking him “How is your favorite patient?” and discussing with him my heart rate and other aspects of my condition.

After a year had passed, Dr. Weiss determined that I could discontinue the blood thinner. With G-d’s help, I started to feel much better and said I wanted more children, but Dr. Weiss felt that it would be dangerous for me to become pregnant. However, he promised to consult the Rebbe on this issue the next time he visited him.

“How many children does Mrs. Moscowitz have?” the Rebbe asked Dr. Weiss.

“A boy and a girl” was his response.

“If she and her husband have already fulfilled the commandment ‘to be fruitful and multiply,’ why put her life in danger?” the Rebbe asked.

However, Dr. Weiss was mistaken. We did not have a boy and a girl – we had two girls, Goldie and Chaya, and therefore we had not fulfilled that commandment. And when we learned the Rebbe had been given incorrect information, we called his secretary, Rabbi Binyamin Klein, to correct matters.

The answer came back that we should consult a halachic authority. We asked Rabbi Hershel Shusterman, who ruled that – since the Rebbe was clearly concerned that my life might be put in danger – I should be careful not to get pregnant.

But I was not ready to give up. I consulted four more doctors, and they all forbade me to have more children.

Meanwhile, I realized I was running out of time. If I were to have more children, my doctors insisted that I do so before age thirty. I felt up to it and decided to ask Dr. Weiss again about getting a blessing from the Rebbe to have another child.

Dr. Weiss told me, “There is a world-renowned cardiologist – Dr. Rolf Gunnar – who happens to be one of my mentors, and if he agrees that it is safe for you to become pregnant, I will ask the Rebbe.”

We had to wait four months for the appointment, but after a full-checkup, this doctor told us, “I believe another pregnancy will go well, but you should be monitored by high-risk gynecologists and be sure to take it easy.”

We were ecstatic and immediately phoned Dr. Weiss with the news, “Dr. Gunnar gave us permission! Please tell the Rebbe.”

After Dr. Weiss did so, he reported back: “Leah, the Rebbe smiled from ear to ear, and said, ‘We should only hear good news – they want a boy so much.’”

One evening a few months later – just three days after the passing of Rebbetzin Chaya Mushka in February of 1988 – the Rebbe was alone in the company of Dr. Weiss. All those who came to pay a shivah call had left, and they were going up the stairs so Dr. Weiss could give the Rebbe a medical checkup. At that moment, with all the things on his mind, the Rebbe turned around and asked, “Is there any news from Mrs. Moscowitz?” Dr. Weiss answered that he did not know. The truth was that we did not know either. We only found out later that I was already pregnant at that time!

When our Menachem Mendel was born, the words of the Rebbe – “they want a boy so much” – echoed in our ears!

Five months after Mendel’s birth, I was having difficulties nursing because he grew more dependent on the bottle than on me, while I was constantly running back and forth to the hospital. It was Friday night and I recall vividly how, after I lit the Shabbat candles, I was gazing at the picture of the Rebbe with tears rolling down my cheeks. I said, “This is your baby. Please help me. I just want to nurse him a while longer.”

Suddenly, there was a knock on the door, and to my astonishment, it was Dr. Weiss, who lives some five miles away!

“I recently visited with the Rebbe,” he explained, “and he asked me if you were still nursing the baby, adding, ‘Please give her a message that it is important and healthy to nurse a child for at least the first twelve months.’ I’m sorry, Leah, that I did not have a chance to tell you before. It just happened that today I was stuck in the hospital with a patient when Shabbat came in, so I’m walking home now and decided to stop by.”

I just could not believe this! Within seconds of speaking to the Rebbe in my thoughts, I got his answer and his blessing. Thank G-d, I was able to continue nursing.

In 1991, at the age of thirty, I gave birth to another boy, whom we named Shmuel.

Eleven years later, I was told that the time had finally come to deal with my defective heart valve. Open-heart surgery was necessary – five hours in the operating room – but they were able to put a metal ring around the valve without replacing it. Only recently, did I have the valve finally replaced.

There is a postscript to this story. Years after the Rebbe’s passing, at Menachem Mendel’s Bar Mitzvah celebration, Dr. Weiss gave a most amazing speech. He said, “I am so sorry, I forgot to give you this dollar from the Rebbe. Thirteen years ago, when I told the Rebbe that Menachem Mendel was born, he gave me this dollar for you, and I held onto it all this time.” There was not a dry eye in the house. We all felt the Rebbe’s presence.