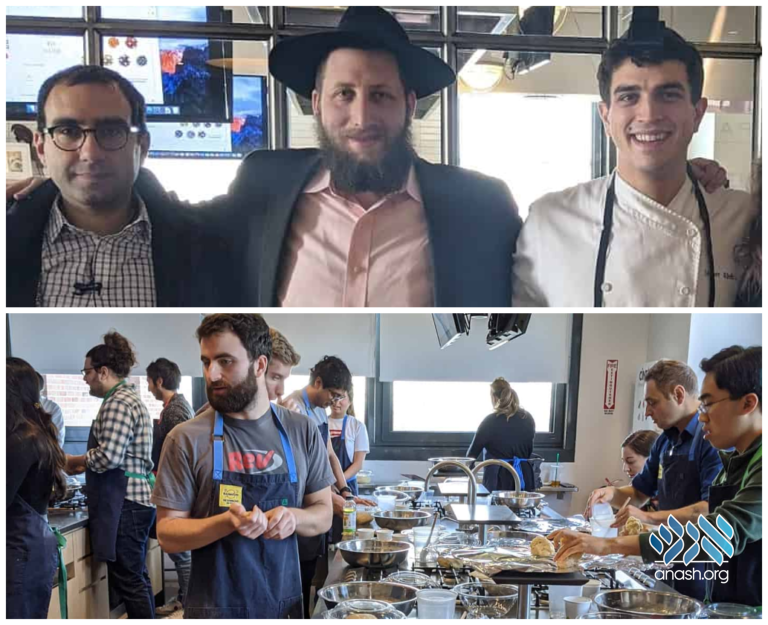 Tech Tribe, headed by Rabbi Mordechai and Chana Lightstone, held a challah bake at Google’s NYC office. Then the leading chef mentioned that he had never put on Tefillin.

Rabbi Mordechai and Chana Lightstone co-direct Tech Tribe, an affiliate of Chabad Young Professionals serving Jews in tech and digital media. As part of their many activities, which include holiday parties in Manhattan and their flagship #openShabbat event in Austin, Texas, the Lightstones recently hosted a challah bake at the test kitchen in Google’s NYC Chelsea office.

Some 20 people attended the sold-out class where they not only prepared their own challah, but learned about kashrus as well.

As the challah bake came to a close, Mordechai discovered that the leading chef, who happened to be Jewish, had never put on tefillin before. Right then and there, an on-the-spot bar mitzvah was held with the chef and event organizers.

For the Lightstones, the waning winter heralds the annual trek down to Austin, Texas where they hold an #openShabbat event at the at SXSW Interactive Festival. Over the years, the dinner has grown remarkably and is now held at the Hilton Austin Hotel, with hundreds in attendance.

Mordechai initially attended the festival in 2010 to speak on a panel about evolving Jewish identity online, with the event propelling him to make an even stronger impact on Jews present. He is currently the social-media editor for Chabad.org.