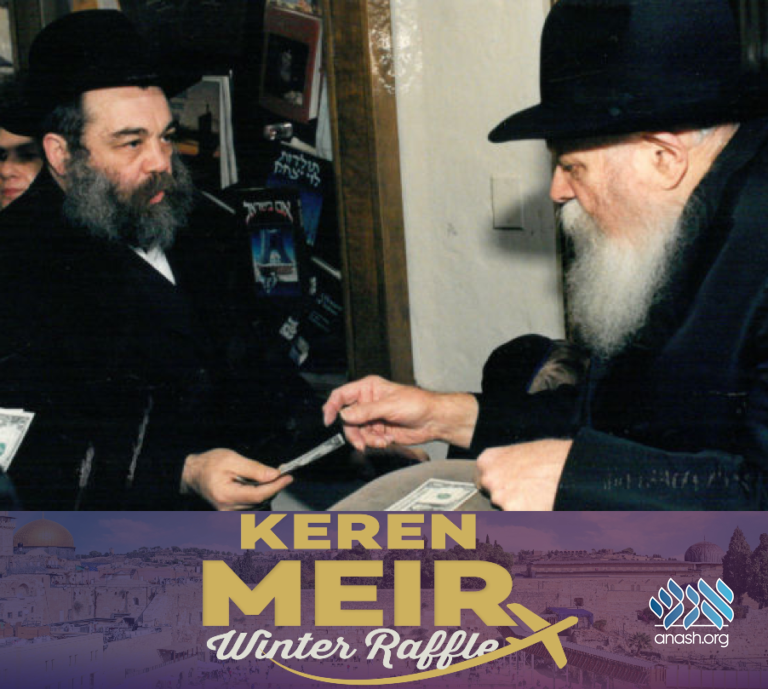 Rabbi Leibel Alevsky, from Cleveland, received a meaningful response from the Rebbe that shows him how much the Rebbe valued the work of Rabbi Meir Roness AH.

Rabbi Leibel Alevsky was tasked with running the daily operations at Tzach. He would regularly compose a ‘duch’ in which he would recount, in great detail, the activities of Tzach and their tremendous effect.

He had mysteriously ceased to receive responses to his letters yet he continued to send them in, confident that they were giving the Rebbe much nachas.

Rabbi Alevsky once found himself in the car with someone who had generously offered him a ride from upstate NY back into the city. While in the car the driver mentioned that he was attending the Tanya shiurim arranged by Rabbi Meir Roness and that he thoroughly enjoyed each shiur. Upon hearing this, he decided to include it in his upcoming duch.

To his surprise, he received a swift response in which the Rebbe specifically responded to the reports of the Tanya Shiurim. The Rebbe wrote ’גדול זכותו (ועוד יותר) אשרי חלקו’ about Rabbi Roness, clearly displaying his pleasure with the news. In a time that he was not generally receiving responses, this reply touched him deeply and showed him just how much the Rebbe valued the incredible and selfless work of Rabbi Roness.

In the years since the bochur Meir Roness set out to bring Chassidus to anyone who wished to learn, thousands of Neshamos have been inspired and thousands of lives have been changed.

Following Rabbi Roness’s passing, 5 years ago, Keren Meir was established to continue his legacy and perpetuate his important work.

They are now holding the Keren Meir Winter Raffle to raise the funds associated with the facilitation of chassidus shiurim throughout the east coast.

Win 2 round trip tickets to Eretz Yisrael and a weekend stay at the 5 star David Citadel Hotel in Yerushalayim!

Raffle will be drawn Tomorrow, on the 15th of shevat / February 10th.

Buy your tickets now at KerenMeir.net!