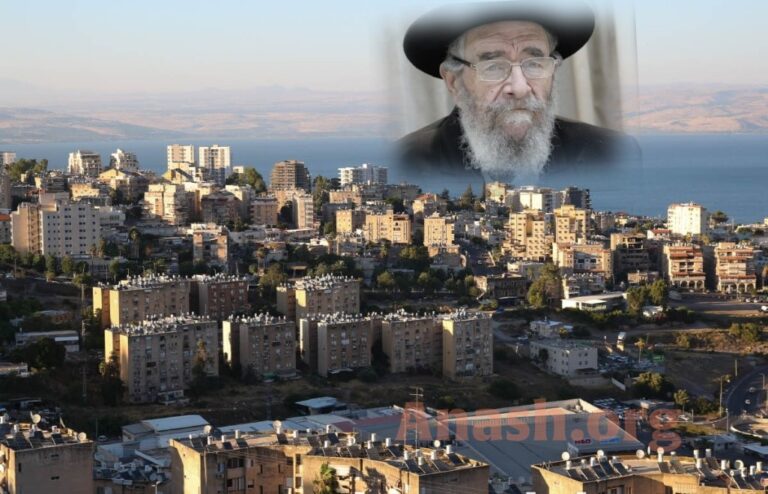 A elderly Russian woman from Tverya remembers a special “couple from Bnei Brak.”

A few years ago, we were in contact with a woman who had come to Eretz Yisroel from Russia. She would speak very highly of an amazing Jewish couple that lived in Bnei Brak.

She related how shortly after coming to Eretz Yisroel, she met the couple in Bnei Brak. The couple had immediately realized that coping with life in a new country was straining for them, and had taken an interest in the woman and her family. They were an extremely generous couple and invited them over often.

Even after she and her family moved to Tverya, the couple still made a great effort to visit them in Tverya from time to time. That couple was Harav Moshe and Miriam Landa.

I had completely forgotten about this story when by Hashgocha Protis, the lady suddenly called me, after not having heard from her for a while. She had not yet heard of Harav Landa’s passing, and when I told her, she burst into tears.

Upon my request, she shared the following about Harav Landa and his Rebbetzin:

“I moved to Bnei Brak and the language barrier was very difficult for me to get over. Although there were programs for me to learn Ivrit, I was finding it incredibly difficult to make any progress with it. The same was true for my husband, as a result, we both could not find a job.

“I remember standing in the hospital in Bnei Brak and I was so distraught that I was crying. Rebbetzin Landa saw me crying and approached me. She asked me as to why I was crying, and I explained my difficulty with adjusting and finding work. She said to me “G-d does not like it when we cry.”

“She told me to take down her number and to call her when I got home. I did so, and she took down all the details of my family and which types of work my husband and I could do. A few days later she called back, and she found work for my husband and myself.

“I vividly remember the beautiful Shabbos meals at the house of Harav and Rebbetzin Landa. The Ahavas Yisroel was immense, true care and devotion to every guest. Everything was always pristine and their children were all so kind and nice.

“Once we moved out of Bnei Brak, Harav Landa continued to keep in touch with us and I even recall how every he would come to take terumos and maasros from the vegetables.

“It still boggles the mind that the rov of Bnei Brak had such individual care and concern for me and my family.”

Listen to the woman tell her story: