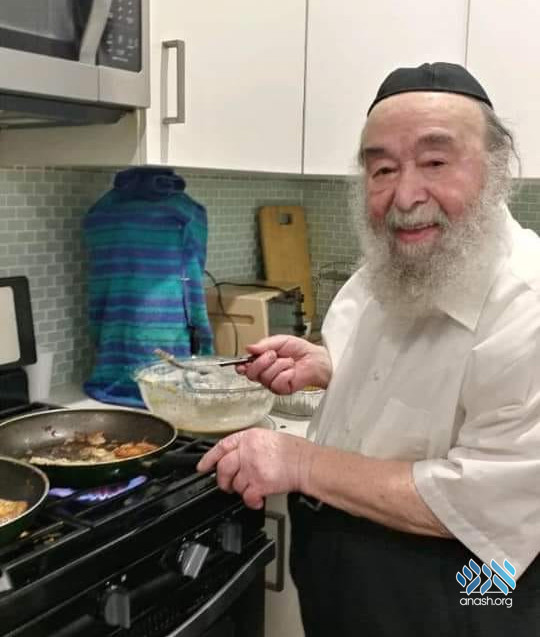 When at her grandfather’s funeral they took out another man’s casket, she was upset, until she realized how apropos it was.

Moshe Grunwald lived a full and long life. A scion of Hungary’s rabbinic and chassidic aristocracy, he survived Auschwitz and the Nazi death marches, rebuilding his family and his life in America.

A longtime resident of Brooklyn, N.Y., he passed away this week as dozens were felled by the coronavirus. The family was told that the funeral would be at 10 a.m. sharp. Only a small group was allowed to attend, and the entire proceeding would be brief, consisting of some Tehillim and Keil Maleh Rachamim.

“I’m sorry,” he told the shocked family. “We took out the wrong casket. Please wait while I return this casket and bring out Mr. Grunwald.”

The family exited the funeral home in shock and waited in their cars until it was time to begin the funeral … again!

“I have to admit I was so upset that this had happened to my Zaidy,” wrote his granddaughter, Chaya Maimon, on Facebook. “The man who was loved by all. Who deserved so much kavod, who had to die alone due to a pandemic, who had to have this embarrassment of a funeral, who couldn’t have a fitting burial or shiva. This was the final insult. I was so upset, I started to laugh and cry simultaneously. I couldn’t believe I was living in a time where there are so many bodies that they mixed them up.”

Then she learned the rest of the story.

The person whom the Grunwald clan had accidentally mourned was a meis mitzvah (a person who leaves no family to care for his or her funeral, whose burial is then a communal obligation).

He had died alone in his apartment and was only found four days later. He was to be buried with no fanfare with no one to mourn the end of his life.

Through a Divinely orchestrated twist of fate, he ended up with a beautiful funeral and a minyan—something under normal circumstances he would not have had.

“And then I remember my Zaidy,” wrote Maimon. “My Zaidy was always honored, but he ran and hid from it; he never wanted the spotlight. My cousin posted that we would send people to follow him into chuppah to make sure that if they would honor him with reciting a blessing, he’d be there … he always thought there was someone greater than him who deserved the honor.

“Well, Zaidy, as usual, got the last laugh. We couldn’t chase him to the front of the funeral home. Even in death, he gave his kavod for someone else.

“A meis mitzvah got a funeral. I can just imagine the laugh in Zaidy’s eyes as he watched this. His chesed [kindness] and hachnasas orchim [hospitality] knew no bounds. I know in my heart my zaidy did in death what he always did in life.”

May the memory of Moshe ben Amram and Chaya be a blessing.