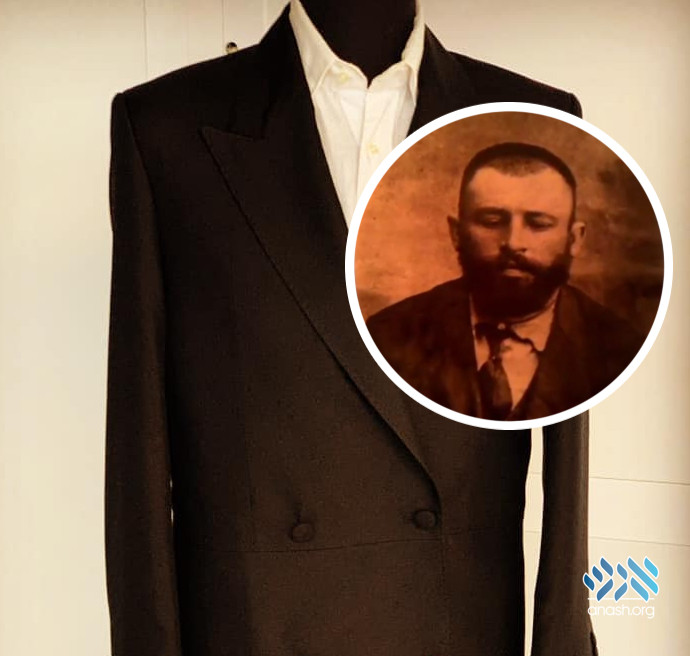 Rosh Chodesh Nissan marks the 100th Yahrtzeit of the Chasid R’ Chaim Shneor Zalman Itkin. After passing away at the age of 36, he came to his wife in a dream to request his Kapota. His explanation left her confused until a few weeks later.

R’ Chaim Shneor Zalman was a chassid of the Rebbe Rashab and a merchant, whose family dwelled for many generations in the town of Nevel.

He was born in the year 5644 (1884) to his parents R’ Pinchos Zev Volf (nicknamed ‘Velvel der Melamed’) and Kreina Itkin. He married Sheina Rachman, the daughter of R’ Moshe Chaim Rachman.

On Erev Shabbos, the 29th of Adar 5680 (1920), he was returning to Nevel with a wagon of merchandise. On his way back he was attacked by a group of bandits who stole his wagon full of merchandise and beat him harshly. He ran home and told his wife to bring in Shabbos early. She lit candles, they ate the seuda and he lay down to sleep. That night he did not wake up. He passed away on Rosh Chodesh Nisan at the age of 36.

His levaya took place Motzoei Shabbos. That night he came to his wife in a dream and requested his Kapota. She asked why, and he responded that he had only been in Heaven for a few hours when he saw many neshamos running; when he asked them where they were running they answered that they were running greet the Rebbe Rashab.

The next day (by the Shivah), she told the Elder Chasidim of Nevel about her dream, asking them to interpret it. They had no idea what to answer.

Seeing that it was wartime, the news of the Rebbe Rashab’s passing, the next day on Beis Nisaan, only reached Nevel, a few weeks later.