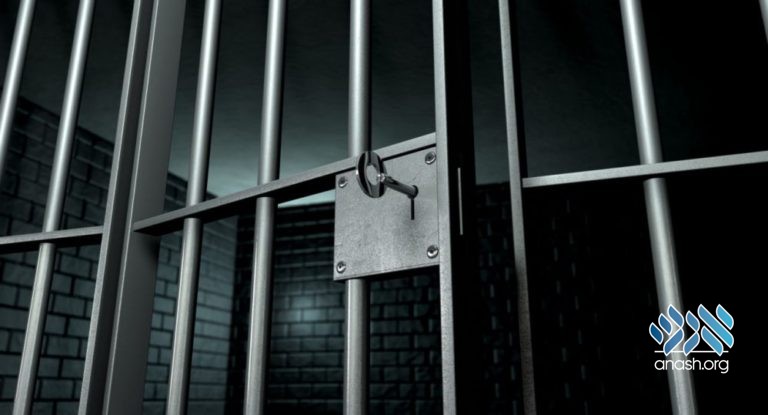 Melave malka story: When a letter containing evidence of Reb Baruch’s endeavors ended up behind bars, it kept him from going to prison himself.

Reb Baruch Yosef Kozliner was a Torah teacher in Disna, Belarus. He had two sons, both of whom were students at the yeshiva in the town of Lubavitch.

Besides his day job, he had another duty, one that he carried out secretly and with great devotion. In those days, the Czar’s army was no place for young bochurim who wished to remain frum. To save them from spiritual destruction, Reb Baruch worked hand in hand with doctors, government officials and members of the nobility to have as many yeshiva students as possible exempted from the draft.

Obviously, this work involved taking liberties with documents as well as quietly passing gifts into the hands of helpful officials—all of which was done with utmost secrecy.

The teacher worked very closely with staff members of the yeshiva in Lubavitch, who would send him the names of students in need of help, as well as funds to be distributed as he saw fit. Reb Baruch worked on behalf of the young scholars without ever accepting so much as a kopek. For him it was a sacred honor.

This continued for some time. But then rumors reached Petersburg that all was not well in Disna, and government agents were dispatched to investigate. The sudden appearance of the officials in Disna sowed worry all over the town. Almost everyone had been involved in the scheme at some point.

Hours of investigation and questioning bore fruit. Government representatives, officers and even local residents were duly rounded up and sent to prison. “Did you hear about so and so being arrested?” The murmur was heard in the households of Disna. “Someone informed on him!”

And so the arrest efforts continued . . .

Fearful that his turn would come at any moment, Reb Baruch booked a train ticket to Lubavitch. Only one person could help him, and that was the Rebbe Rashab. After disembarking, Reb Baruch briskly made his way to the Rebbe’s house and asked the attendant, Reb Nachman, if he could arrange a meeting.

“Unfortunately for you,” explained Reb Nachman, “today is particularly busy. I can get you on the list for tomorrow though.”

“That won’t do,” pleaded Reb Baruch. “I need to speak to the Rebbe today.”

“But what difference is there between today and tomorrow?” asked Reb Nachman, who knew that Reb Baruch hardly ever requested a private meeting with the Rebbe, even during his annual visit to Lubavitch for Rosh Hashana.

But in this case, Reb Baruch could not wait for even a day. He wrote a letter stating the urgent nature of his visit and handed it to the next chassid in line to enter the Rebbe’s room. Reb Baruch hoped that his urgent petition would be read and he would be allowed in.

The Rebbe told the chassid who handed him the letter to call Reb Nachman, who was then instructed to find Reb Baruch and usher him in.

Reb Baruch described everything that had transpired in Disna in great detail: the widespread corruption, the unexpected arrival of the government inspectors, and the eventual arrests that shook the town to its core. He wasn’t able to return home because he was absolutely sure that he would be arrested the moment he arrived.

The Rebbe Rashab sat in deep thought for a few seconds.

“No,” Reb Baruch answered. “No one except my wife. She knows.”

“And have you acted honestly all this time?” Given the amount of money that had passed through his hands, it would not have been surprising if Reb Baruch had taken some of it for himself.

The Rebbe Rashab fell silent for another moment. He then pulled out his pocket watch from his vest and glanced at it.

“I think that if you are quick enough, you can catch a ride with one of the wagon drivers who travels to the train station regularly. If, however, you happen to miss your ride, then come back and a wagon will be arranged for you. Take the train home, and have a safe trip, with G‑d’s help.”

Reb Baruch came out of the Rebbe’s room more confused than before. Going home had been out of the question. His query was which city to flee to. Yet the Rebbe gave his blessing for him to return to Disna.

There was no time to debate the Rebbe’s advice. Reb Baruch hurried and managed to hail one of the last wagons out of Lubavitch. He arrived home the next morning.

The trepidation inside Reb Baruch’s house was palpable. Day after day, he waited with bated breath for the dreaded knock on the door, terrified by more reports of arrests. Reb Baruch learned that almost everyone involved in the recruitment office was somehow caught. He didn’t allow himself to wander the streets, lest someone recognize him and inform the police of his presence.

It took a few days for someone to come up to him and reveal an interesting development. His friend Yaakov Reuven Miller congratulated Reb Baruch with a mazal tov, saying that he was almost certain that the danger had passed and he would be saved. Seeing Reb Baruch’s surprised look, Yaakov Reuven explained.

Aside from making his living through the sale of vegetables, Yaakov Reuven also rented out vegetable garden patches for the use of various dukes and officers. Occasionally, he found himself inside the homes of some of the most important citizens of the city. So one day, as Yaakov Reuven waited to settle the vegetable bill with the wife of a government official, a sudden shriek startled him. The wife of the officer ran in, emotionally distraught.

Leaving out no details, the woman shared the cause of her distress as though Yaakov Reuven were a close friend:

“Years ago my husband used to take bribes. Somehow, the officer ranking above my husband found out about his quiet business dealings, and he too began to take bribe money in exchange for administrative favors. When that happened, my husband stopped receiving bribes. For the past few years, he hasn’t seen a single kopek in the form of dirty money. Now, after the investigative entourage arrived from Petersburg, many people were arrested, as you know. My husband’s office was essentially shut down. Only he and a single secretary were left.

“During this period of arrests, he and the secretary sat in their office, sifting through all the office mail and organizing it according to room number, employee, etc. My husband’s pocket contained a letter revealing Reb Baruch Yosef Kozliner’s illegal dealings, which he intended to hand over to the authorities slated to arrive in an hour. Sitting across him was the secretary, who found a letter in his stack of mail detailing all of my husband’s prior activity, primarily the illegalities. Apparently, it was the work of an informer, substantiated by report after report, detail after detail.

“‘You’re under arrest!’ the official suddenly screamed at my husband.

“And now my husband’s in prison.”

And the letter detailing Reb Baruch’s wrongdoings was lost in the pocket of the arrested man. True to Yaakov Reuven’s word, Reb Baruch was never arrested.