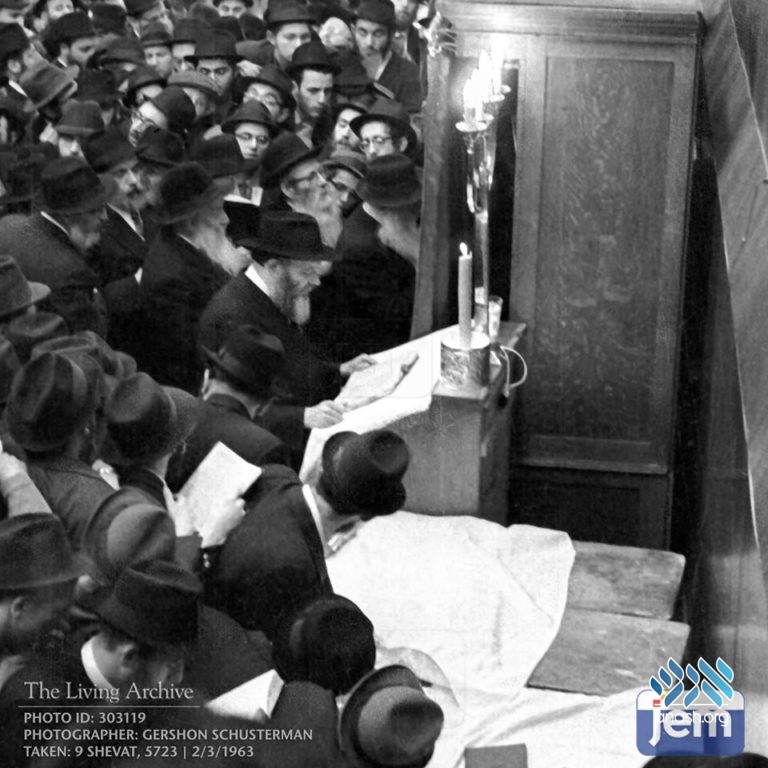 A Moment with the Rebbe: Chassidim were surprised when the Rebbe changed course in middle of a sicha and began to speak about Yerushalayim’s borders. Two days later, they understood what was behind it.

The Shabbos Parshas Beshalach 5729 farbrengen began like any other, but the middle of the Rashi sicha took a sharp turn. The Rebbe said that he will leave the unanswered questions for next week and suddenly began speaking of the borders of Eretz Yisroel. “The posuk says ‘Prozos teisheiv Yerushalayim,’ meaning that Yerushalayim will be so safe that guarding it won’t be necessary.”

The Rebbe began singing the song “Prozos teisheiv,” and sprang up to dance with great simcha. We of course all joined in.

As he left the shul, the Rebbe began the niggun again. And then again, he led the chassidim with this song before maariv.

We knew something was going on. Two days later, four Syrian warplanes penetrated the border with a strategy to hurt civilians. They were successfully grounded.