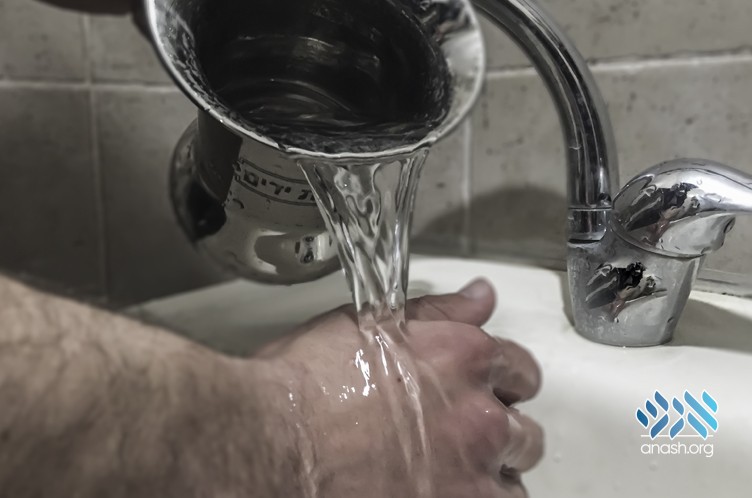 Motzei Shabbos Story: The brazen doctor transgressed almost every sin he could. But he kept one mitzvah, up to the point of sacrificing his life.

Rabbi Elazar of Kozhnitz (a Chassidic master who passed away in 1861) would tell the following tale, which illustrates the immense value and spiritual power of even a single mitzvah:

There once lived a Jewish doctor, a brazen sinner who scorned the Torah and its laws. While he encouraged his son to follow his ways, his wife gently nudged the boy to commit to one mitzvah—the washing of hands before any meal that includes bread. And though he grew up to be as irreligious as his father, the son took his mother’s words to heart and indeed only ate bread if he first washed, sometimes to the extent that he spent an entire day starving before his first meal.

Our story begins on the day the son (who became a doctor like his father) became embroiled in a dispute and was summoned to a rabbinical court. When the judge issued his decision in favor of the other litigant, the young doctor felt this was unjust and proceeded to ridicule and ignore the judge’s ruling. Left with no recourse, the judge reluctantly wrote a notice of excommunication, forbidding anyone to come in contact with the doctor. The young doctor dismissed this too with another sneer, for he didn’t care much about the Jewish law.

Around the same time, the young doctor prepared to set out on a journey. Part of the way was treacherous and blood-soaked, a long stretch of road through a forest terrorized by roaming packs of bandits who would materialize from behind trees and promptly fall upon easy victims. In hopes of deterring attacks, travelers would band together before traversing these woods. The young doctor, however, had trouble finding fellow travelers.

He asked many merchants if he could join their caravans, but they all ignored him; the young doctor was, after all, under excommunication. Desperate to finally leave, he decided to purchase a fast horse and set out on his own. As the young doctor hung onto the reins, hurtling through the trees, he grimly realized he had forgotten to bring water. Finding a river was too dangerous now, but it also meant the young doctor wouldn’t be able to eat the bread lying in his bag. Very quickly, his days on the road descended into a desperate flight. Ignoring his stomach’s increasingly painful objections, the young doctor urged his horse forward whenever possible and lapsed into sleep only when exhaustion finally crushed him. He forgot the number of times he thought of reaching into his bag and devouring the bread, though he never brought himself to do so. And even when his hunger tormented him most, the young doctor was too frightened to gamble with his life to attempt to locate some water.

On the fourth day of his journey, a gurgling sound reached the young doctor’s ears, and he found himself staring at a swiftly moving river. The young doctor began to swing off his horse, and then felt his heart stop: just a stone’s throw away, bandits on horseback were assembling on the other side of the riverbank. Two thoughts streaked through the young doctor’s mind—he could either wash his hands now and risk being killed, or swing his foot back onto the horse and escape.

But the young doctor’s hunger made him delirious, and so it won.

With the bandits’ jeers of glee whooping in the background and the clopping of their horses shaking the ground, the young doctor scurried down to the river to wash his hands in the freezing waters. The bandits were growing louder, and the young doctor began racing back to the horse. He had just opened his bag with trembling hands when the first bandit struck. The young doctor fell, blood gushing from a wound in his head. The other bandits closely followed suit, beating and robbing him. After the bandits were finally done with stripping everything he carried, they left him to die.

“You were excommunicated during your time on earth,” he explained, “and I cannot let you in. Go back to the rabbi who effected the ban so he can reverse it.”

That night, the young doctor’s soul presented itself in the rabbi’s dream and informed him of his predicament. Not wanting to delay a soul’s passage into paradise, the rabbi renounced his edict at once. But upon the young doctor’s soul return, the gatekeeper still denied him entry. “Just as the excommunication was in writing, so must be its exemption. And,” added the gatekeeper, “request that the rabbi arrange a Jewish burial for your body.”

The rabbi dreamed of the young doctor’s soul again and agreed to publicly annul the excommunication at morning’s first light. He also reassured the soul that its body was to be collected and buried by the next group of merchants leaving the city.

But a curious thing caught the rabbi’s attention: The more the two continued to converse, the more the soul imparted a marked command of the Torah and its teachings. The rabbi asked how the young doctor’s soul gained such knowledge, since during his corporeal life, he was a man furthest from anything Jewish.

“Before I visited paradise,” replied the soul, “an angel, created from my sacrifice to fulfill the mitzvah of washing before eating, taught me the entire Torah.”