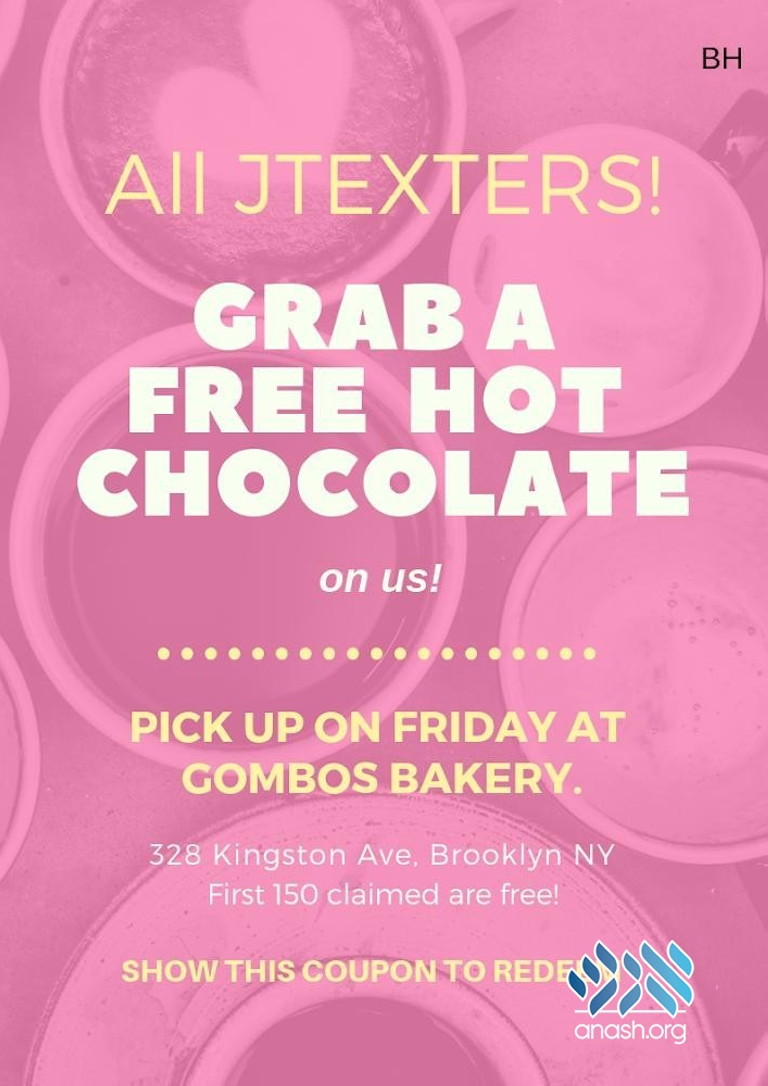 By Mussi Sharfstein for Lubavitch.com

For better or for worse, teenagers spend much of their time on their phones—nine hours a day on average—making it an effective way to reach them. At seven o’clock, every Monday and Thursday evening, the cell phones of over 3,000 Jewish teens around the United States and Canada buzz as they receive a text message with a Jewish question and a multiple-choice answer. JText, as the program is called, engages teens using the medium most comfortable to them, offering an opportunity to learn more about Judaism with a tap on their phones.

“Who was Don Isaac Abarbanel?” reads one question. “What percentage of nobel prize winners were Jewish?” asks another. “What does the Hebrew word achdut mean?”

The seventh (or, in larger groups, eighteenth) teen to text back the correct answer wins a twenty dollar Amazon gift card. Participants also collect points as they reply—correct answers earn responders five points and incorrect, one—which are used to win valuable prizes, like Apple watches and tickets to sporting events, at a year-end auction.

After replying, the teens automatically receive a text with the correct answer and a link to learn more about the topic. Questions range from Jewish culture to practice and history and prompt the recipients to take a minute out of their day to think about something Jewish. “Sometimes I get caught up in the routine of the day,” says Lilly Caplan, a high school student in Westport, Connecticut. “Getting the text is a reminder to me of my Jewish identity.” To find the answer, “they’ll use Google or ask their parents,” says Rabbi Yosef Orenstein, director of CTeen at Valley Chabad in Woodcliff Lake, New Jersey. “That tidbit of random Jewish information will open their minds to learning more.”

The texting teens aren’t the only ones learning. Caplan says the texts spark conversations between her and her friends and family. JText administrator Mussie Kantor overheard a seven-year-old girl talk about a topic in Judaism that had been the subject of the text the night before. “I asked her how she knew so much about that subject, and she told me her brother is a member of JText and discusses each question at the dinner table with his family.”

The initiative began three years ago when Rabbi Yehuda Leib and Nechama Dina Kantor of Chabad of Westport, Connecticut sought a way to connect with the teens in their area. “Everyone has a different schedule,” Nechama Dina says. “It’s hard to gather them in one place at one time. But everyone has a phone, and they’re always on it.”

After seeing the program’s success, they shared it with other communities. There are now thirty-five. Chabad centers participating, with groups as small as twenty members and as large as 400. The Kantors head a staff of four who create the questions and manage the technology. The program is localized with the text going out from the city’s local center to their specific communities and can be customized by the director. Orenstein notes that keeping it local gives the CTeen directors the ability to make sure the people who sign up are actually local Jewish teens and makes the contest winnable. When the winner is announced, some kids recognize the name, which generates excitement and creates a community.

Rabbi Orenstein started his group two years ago with twelve participants. Now, his list has grown to 220 local Jewish teenagers—some of whom he’s never met. “Teens will refer their friends, and though some of them haven’t attended any of our programs, they’re actively responding to the texts.” Over half the members respond. “You don’t get that kind of response rate with any other means of mass communication.” Kantor notes that it’s a great way of getting to know more teens who might be hesitant to join a Shabbat dinner or service but will sign up to the texts “because there’s no commitment involved and there’s free prizes.”

Rabbi Shua Greenspan of Chabad of Northbrook, IL poses with a JText winner

The cost of running the program is considerable. Aside from the weekly forty dollar gift cards and yearly auction prizes that the local centers purchase, the cost of the interface that sends the mass texts is expensive and is the major reason the project hasn’t been adopted in more communities. Orenstein thinks it is an important investment in the future and continuity of Judaism and factors it into the annual CTeen budget. “It’s not cheap, but the deep effect it has makes it worth it.”

One grateful parent wrote to Rabbi Kantor thanking him for the texts. Her teenage daughter had become distant toward Judaism, and she couldn’t get her to engage. But she discovered that her daughter was actively engaging with JText. “It’s her only link to Judaism,” the woman wrote. She sent a donation to the center in appreciation.

The program is expanding quickly as more communities start their own groups and teens from all over the spectrum of Jewish knowledge and observance sign up every day. “Whether we like it or not, teens are attached to their phones these days,” Rabbi Kantor says. “We’re using that as a tool for Jewish education and engagement—in a simple, direct, and meaningful way.”