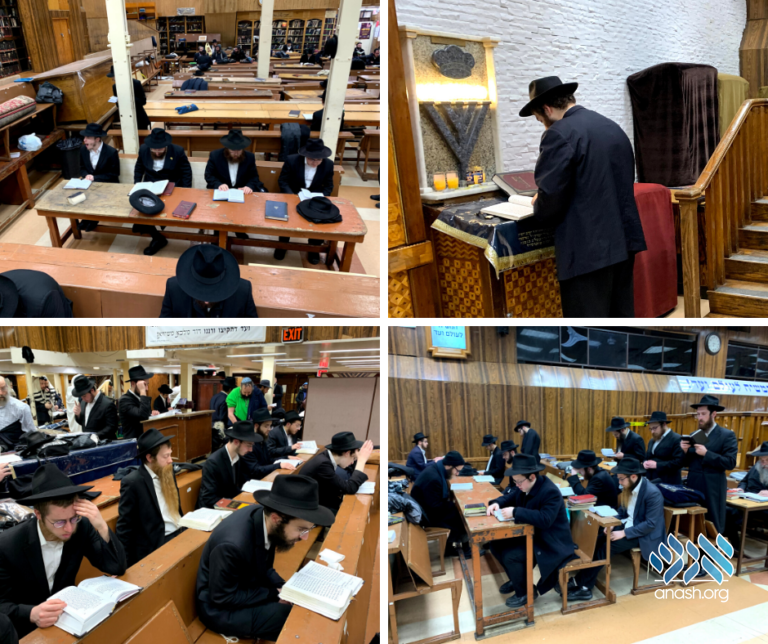 Hundreds of Bochurim and Anash gathered in 770 and the Ohel this morning, to recite Tehillim for the success of the court case later today in Washington, DC regarding the Seforim of the Chabad library.

At 10AM this morning a U.S. District Court in Washington, DC, will be holding a hearing related to the sanctions placed on the Russian government for their failure to adhere to the court’s previous ruling.

Back in 2010, the court ordered that all the seforim and manuscripts belonging to Agudas Chasidei Chabad which are being held in possession of the Russian Federation, must be immediately returned to their rightful owners, and without delay. In the event of non-compliance with the ruling, the court further imposed economic sanctions against the Russian government to the amount of fifty-thousand dollars per day of non-compliance.

Last week, in an act of contempt against the court’s findings, the Russian government arrested in absentia the chief librarian of Agudas Chasidei Chabad Rabbi Sholom Dovber Levin.