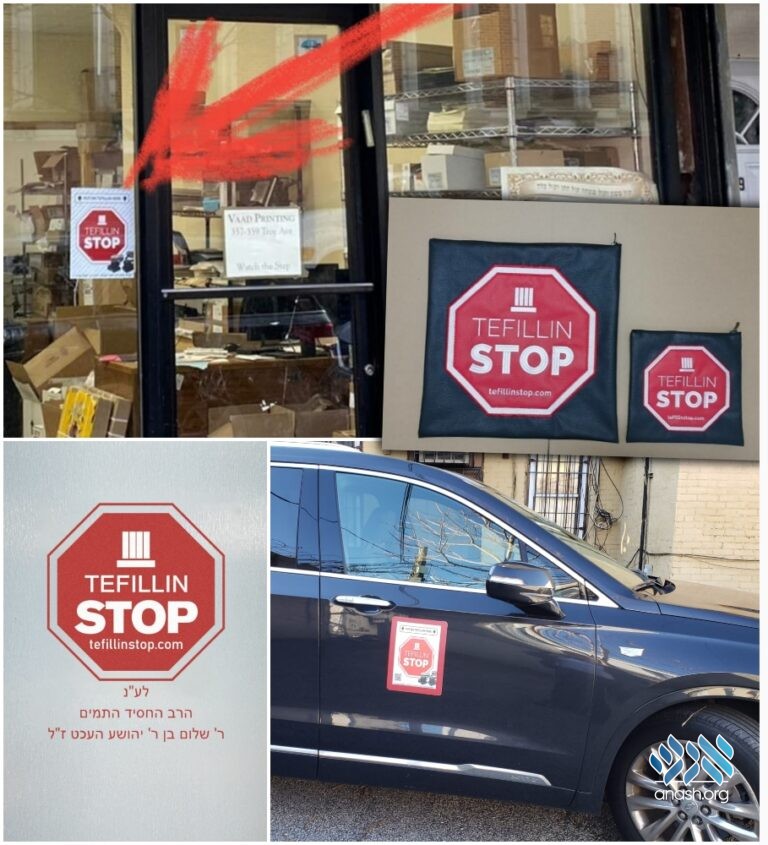 A new campaign initiated by the Hecht family is creating ‘Tefillin Stop’ locations around the globe, with bright red signs inviting passers-by to enter and find a mehudar set of tefillin waiting just for them.

Some things always need to be accessible. That’s why you’ll find a coffee vendor practically wherever you turn. And the Tefillin Stop movement is accomplishing just that….. for tefillin.

The Tefillin Stop campaign, initiated by Rabbi Shea Hecht in memory of his father Rabbi Sholom (Sidney) Hecht a”h, is making the mitzvah of putting on tefillin easy and convenient for anyone.

“Sometimes people would like to put on tefillin, but they don’t yet own their own set. They’re uncomfortable walking into a shul, or maybe they’re too shy to ask for help,” said Rabbi Hecht. Even a person who puts on tefillin regularly can get stuck at times without them.

The new “Tefillin Stop” initiative aims to solve these dilemmas, making it easier then ever to never miss a day.

With the help of the new campaign, pairs of tefillin will be placed in easily accessible locations throughout the city, available for use at any time of day. Bold, clear signage will invite passers-by to come in and use them at their convenience. A designated individual at each location will be responsible to make sure the tefillin and their users are taken care of.

“People are very excited about this project,” said Rabbi Hecht. “It’s an easy step we can take that will b’ezras Hashem change the world and help bring Moshiach.”

A Tefillin Stop can be anywhere where Jews might be, such as a shop, warehouse, private home, office, or shul. Even your car can be a Tefillin Stop, with a magnetic sign letting people know that they can flag you down to do the mitzvah.

Would you like to become a Tefillin Stop host? Join the movement and contact the campaign organizers for help getting started with signage, magnets, tefillin, promotional items and more.