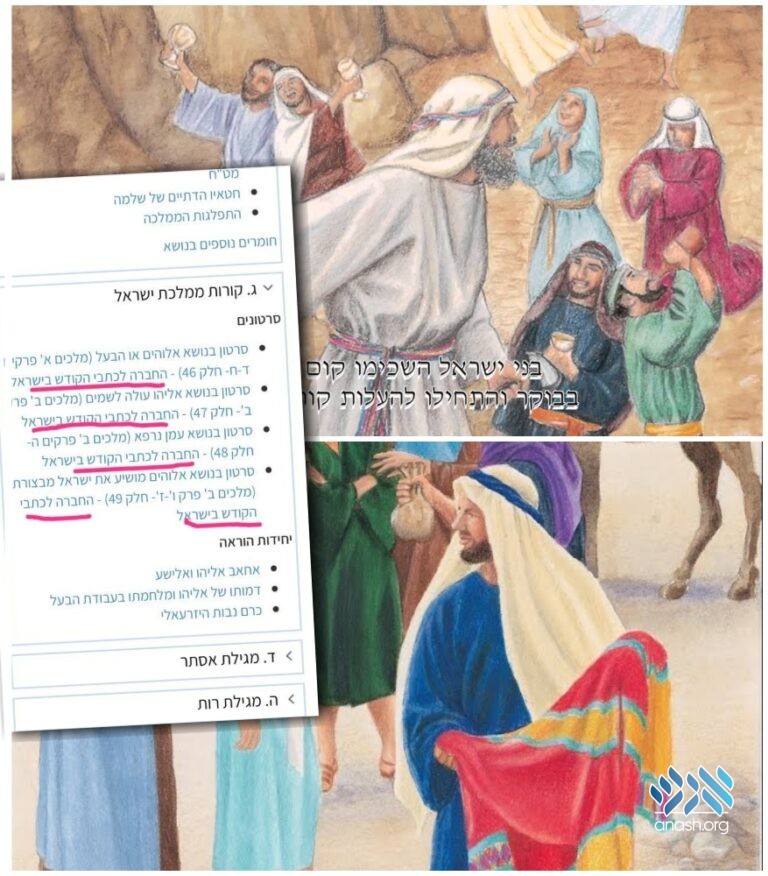 Educational Torah videos, covering Akeidas Yitzchak and Yosef’s dreams among others, were created by missionary groups to lure innocent parents and educators.

High school teachers who entered Israel’s Education Ministry website for new enrichment materials were shocked to discover that they were being referred to a missionary site belonging to the “Messianic Jews” Christian cult.

Teachers interested in material on the Tower of Bavel, Akeidas Yitzchak, the first-born rights obtained by Yaakov, or Yosef’s dreams are confronted with missionary films that openly preach the Christian faith.

In addition, the teachers are referred to missionary films presented on the official channel of the “The Bible Society in Israel,” the country’s largest missionary publishing house.

Yad L’Achim was shocked to see the Education Ministry cooperating with a missionary body, without realizing it, and quickly sent a letter to the deputy education minister, Rabbi Meir Porush, demanding that the cooperation be halted.

“The Bible Society in Israel is a missionary body that has been active for many years in distributing missionary material, leading, to our great sorrow, many to fall.”

The organization also asked the deputy minister to use his influence to remove all negative content from the site that is meant to train teachers in Israel.

Sources in Yad L’Achim say that this case is an example of how the missionaries use deceitful means to harm the Israeli pubic.

“They hide their connection to Christianity, broadcasting their messages in Jewish trappings,” said one. “As an organization that deals with children and youth who have been exposed to the missionaries and converted to Christianity, or were prepared to do so based on these manipulations, we are shaken by the thought of what would have happened had the teachers given these materials to their students.

“We repeat our request to the general public to inform us of any encounter with missionary activity so that we can take the necessary steps to warn the public and relevant authorities.”

The organization expressed its disappointment in the Education Ministry: “On the one hand, it prevents millions of children from receiving the eternal values of our people; on the other, it exposes them to the values and outlook of a religion that has hunted our people.”

Yad L’Achim’s letter created an uproar that drew the attention of some of the major media outlets. In response to a query from Yisrael Hayom, the country’s largest newspaper, the Education Ministry said that “over the past years we have been making available to schools new learning materials and experiences, including films from an array of content worlds…. As to the films of the Bible Society in Israel, they are being looked into.”