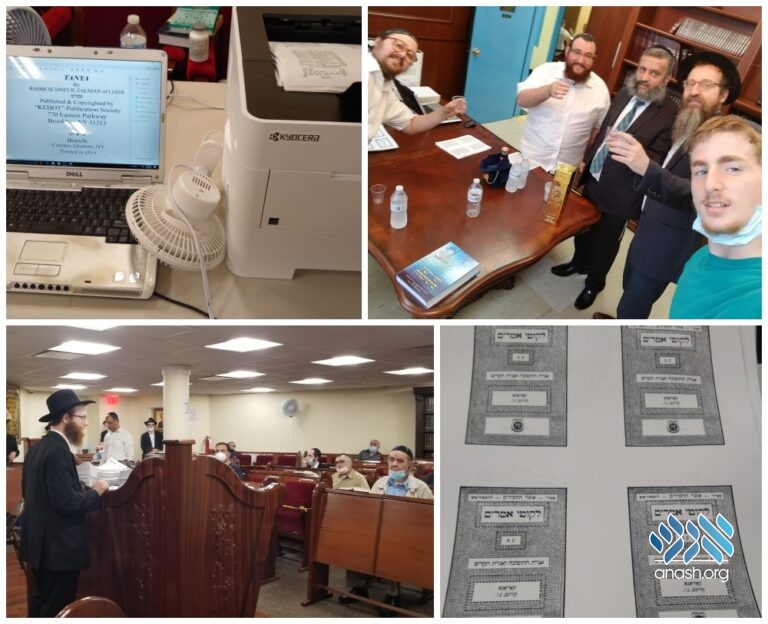 In an unusual turn of events, Corona, NY, joined the ranks of places to print the Tanya, along with three other neighborhoods in Queens, NY.

Back in 5769 – 2009, five printings of Sefer HaTanya were planned for Queens, NY, but due to technical difficulties, only one round ended up taking place.

Now, over a decade later, four neighborhoods in Queens are finally getting their turn. Interestingly enough, one of the locations happens to be named Corona, joined by Elmhurst, Middle Village and Jackson Heights.

It was no easy feat to carry on a printing that had been initiated so many years ago, Chaim Grossbaum, one of the organizers, told Anash.org. Specific numbers had been issued for those rounds and had to located, with changes made to the record files. It took a year and a half until this printing was finally able to take place.

As per the Rebbe’s instructions, each round of printing produced at least 100 copies of the Tanya, and was accompanied by a shiur on Perek Lamed Beis, given by Rabbi Mendel Reices of Charkov, Ukraine.

The endeavor was brought to fruition by shliach Rabbi Eliyahu Blokh of Rego Park, NY, in memory of his daughter Chaya Feyga A”H. Also assisting with the printing were Yankel Wilansky, Avremi Raichik and six other bochurim, all of whom are studying in 770 and participating in house-to-house mivtzoim in Queens.