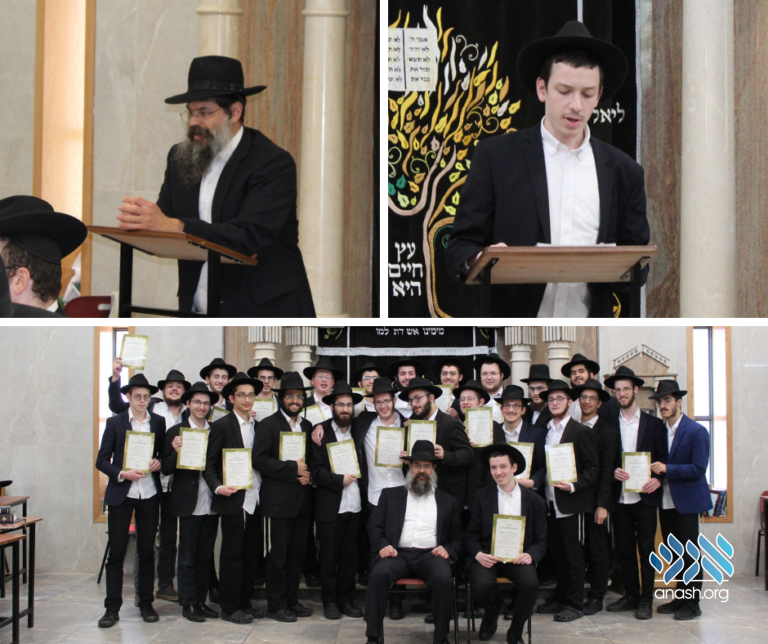 27 bochurim in Yeshivas Toras Emes were tested on the entire Likutei Amorim Tanya. A special motivation helped them get there.

On yud tes Kislev the Shluchim in Toras Emes launched a mivtza for the bachurim to be tested on the entire 53 perakim of Tanya, with a test on each 5 perakim.

On the night the third Tanya test was supposed to be given by shliach Sruli Avtzon, he received the shocking news that his father Rabbi Yona Avtzon, a”h, had passed away. When he returned from shiva, he was determined to bring an increased momentum to the mivtza in the merit of his father who played a major role in disseminating Chassidus.

Getting tested on 53 perakim is no small feat, and although many bachurim start off participating in such initiatives, many drop out somewhere along the way. Having a shliach encouraging and keeping the bachurim on it, is the way many bachurim end up succeeding.

Sruli, together with his fellow shluchim, kept the bachurim motivated all the way to the finish line. As a result, 27 bachurim completed the mivtza and were rewarded for their efforts.