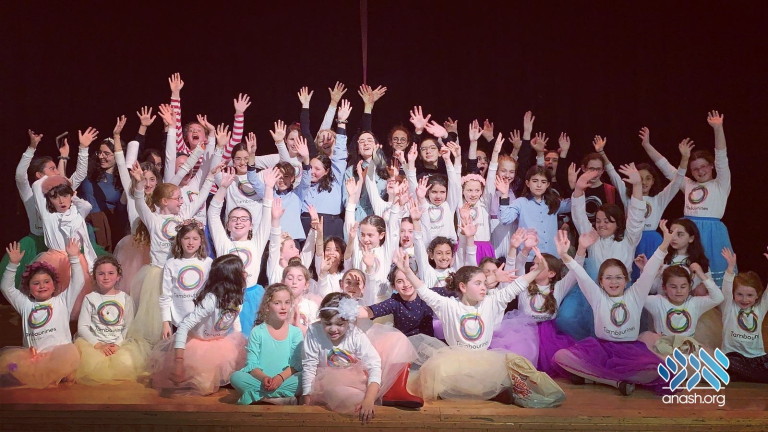 After an incredibly successful second year at Tambourines Academy, over 50 young girls from every school across Crown Heights are thrilled to showcase the results of a fun-filled year, gaining and fine-tuning their skills in song, dance, and drama.

Tambourines academy, directed by Lea Raskin, is delighted to invite the public to an end of year performance, presenting an exciting musical, where girls in our community have the opportunity to share their talent and efforts on stage.

The academy will be performing “Messes of Dresses, The Musical” at the Mahalia Jackson Public School’s auditorium, 790 East New York.
Under the guidance of trained instructors, Chana Esther Bennaroch and Leslie Class, the girls have been immersed in a world of self-expression thriving in the joy of practicing the performing arts in a chassidishe atmosphere.

For some girls, it’s their first time performing, and they can’t wait to shine on stage.

The show will be musical theater style, with singing, dancing and drama all fused in one.
Tickets will be sold at the door.
0-12 $5, 13 and up $15
Doors open 7:15
Show starts at 7:35 pm
790 East New York Ave.
Stay tuned for continued classes next year!
To pre-purchase tickets, please email: [email protected]