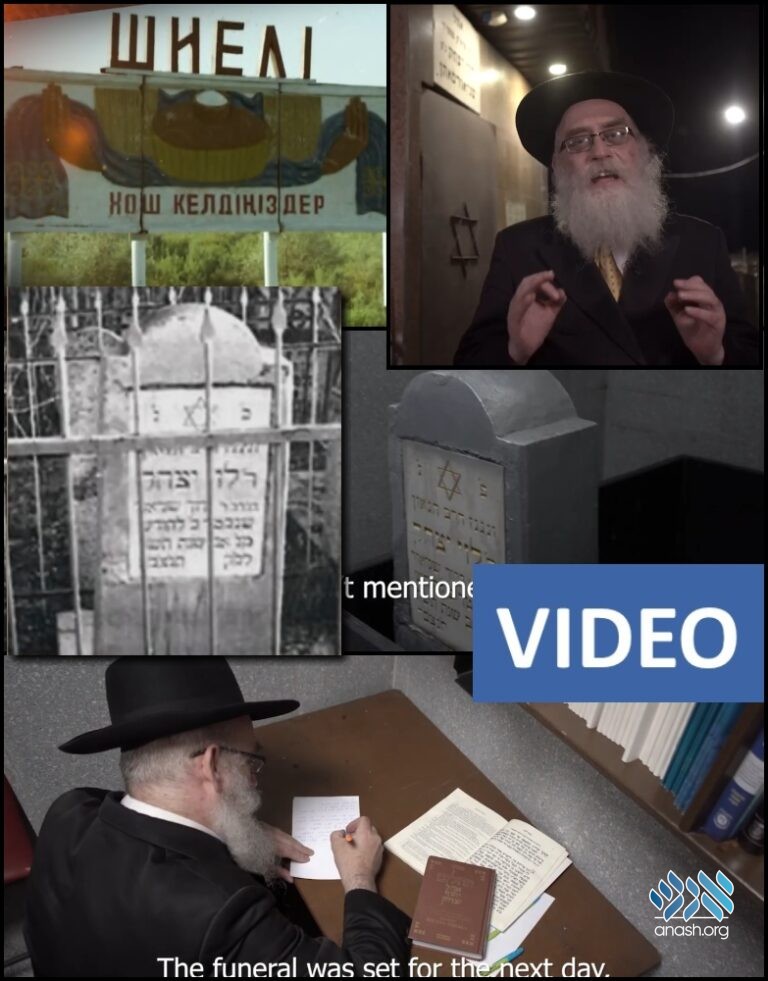 It’s not every day that we can take part in something personally connected to the Rebbe. Chabad mosdos in Kazakhstan, where Harav Levi Yitzchak, the Rebbe’s father, is buried, are running their annual campaign in his honor.

It’s not every day that we can take part in something personally connected to the Rebbe. Chof Av, the day that the Rebbe’s father, the mekubal Rabbi Levi Yitzchak Schneerson a’h, passed away, is an opportunity for every Chassid to share in the Rebbe’s kibud av.

Every year at the farbrengen for Chof Av, the Rebbe made an appeal l’ilui his father’s neshama. The Rebbe (sicha of Chof Menachem Av 5739) even used unusual terminology, saying:

If it is not mentioned, some derive peshatim and remazim that it does not apply this year etc. and therefore it is being mentioned regarding Keren Levi Yitzchok … every person should give according to the pure generosity of his heart and add to what he decided to give, not a little bit but a lot, a lot … Surely Hashem will increase His measure … to 500 times that amount!

When the Rebbe concluded this rare promise to the blessing of “500 times that amount” for donors, he began singing, “V’Harikosi Lochem Bracha Ad Bli Dai.”

Today, the Chabad mosdos in Kazakhstan are running their annual campaign, which will enable the continuation of their tremendous work in spreading Judaism in the same country the baal hilula lived in exile.

After twenty-five years of outreach with mesirus nefesh in Kazakhstan, one can assuredly say that the seeds that Rabbi Levi Yitzchak planted have sprouted and are bearing fruits with seven Jewish centers overseeing a vast empire of Torah and chesed in Alma Ata, Karaganda, Kostanay, Nur-Sultan, Pavlodar, Shymkent and Ust-Kamenogorsk.

Today, it is your privilege to take part in this shlichus empire and merit the rare bracha of 500x.

Donate now and bring blessing to your home!

The names of all donors will be transmitted for prayer at the holy gravesite on the day of the hilula for blessing and success, materially and spiritually.