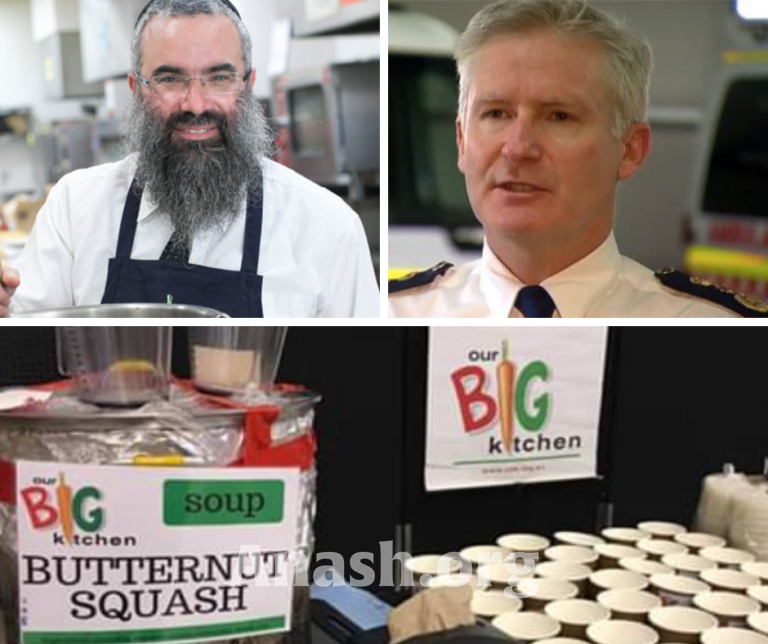 The leadership team of NSW Ambulance service came to Our Big Kitchen to cook and bake food which they distributed to the homeless.

Our Big Kitchen is a kosher establishment that was founded by Sydney shluchim Rabbi Dovid and Laya Slavin in February of 2005. Since then, the organization has distributed tens of thousands of meals to the homeless and others in need each year.

NSW Ambulance Commissioner Dominic Morgan and his family joined the team of volunteers in preparing and distributing meals to the homeless.

“It is really important that we all stand up as a society to look after our homeless people,” said Commissioner Morgan. “It could be any one of us or our loved ones under different circumstances.”

Rabbi Slavin, who hosted the cook in, serves as an ambulance chaplain. He and his wife Laya feel very grateful to have had the zchus of building a mosed that not only does chessed, but creates an ongoing Kiddush Hashem as well.