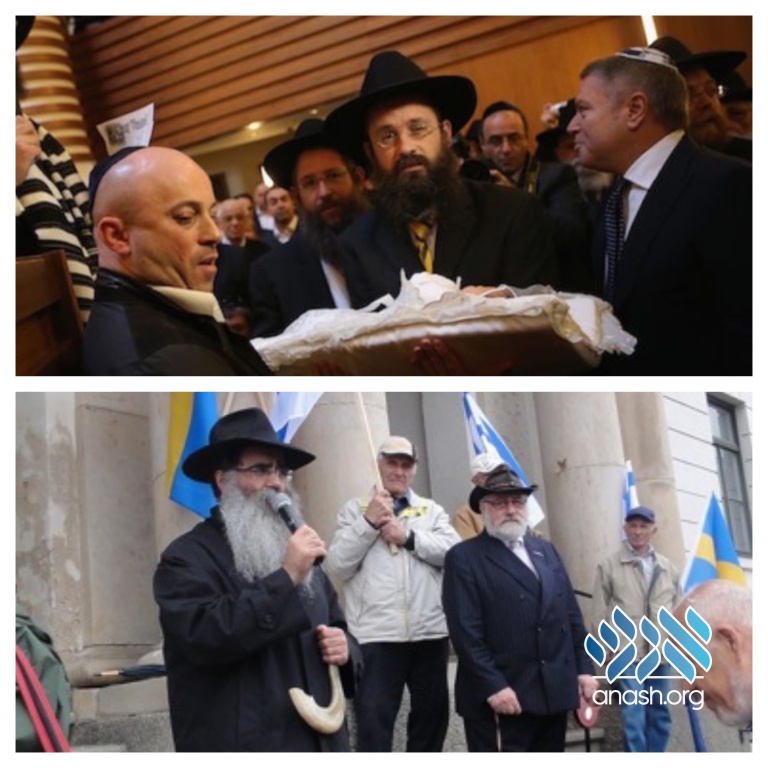 “A ban on circumcision would make Jewish life in Sweden impossible,” said chairman Aron Verständig of The Official Council of Swedish Jewish Communities in a statement. Advocates of the ban believe milah to be an infringement on children’s rights.

In the past few years anti-Semitic sentiment has been on the rise in Sweden, leaving its Jewish community of approximately 20,000 members feeling frustrated and vulnerable. In addition to an uptick in episodic violence, there has been a number of policies instituted that make life for Jewish citizens very difficult.

“Centerpartiet was instrumental in banning kosher slaughter in 1937,” tweeted Swedish Jewish journalist Annika H. Rothstein, “but back then it didn’t try to hide its motives… claiming that Jewish traditions are simply un-Swedish.”

There have been other attempts to ban milah and shechitah, citing children’s and animal’s rights. In addition, shluchim Rabbi Alexander and Mrs. Leah Namdar were made to pay close to $100,000 in fines and legal fees for homeschooling their children so they could pursue a Jewish education. Swedish law allows homeschooling under “special circumstances,” but religious sensibilities are excluded from that category.

“This is a ban on Jewish life and another shameful blemish on Sweden’s liberal exterior,” Rothstein said. “If it passes, Sweden will become ‘judenrein’ and the heartbreaking truth is that I think few people would protest, if we’re forced to leave.”