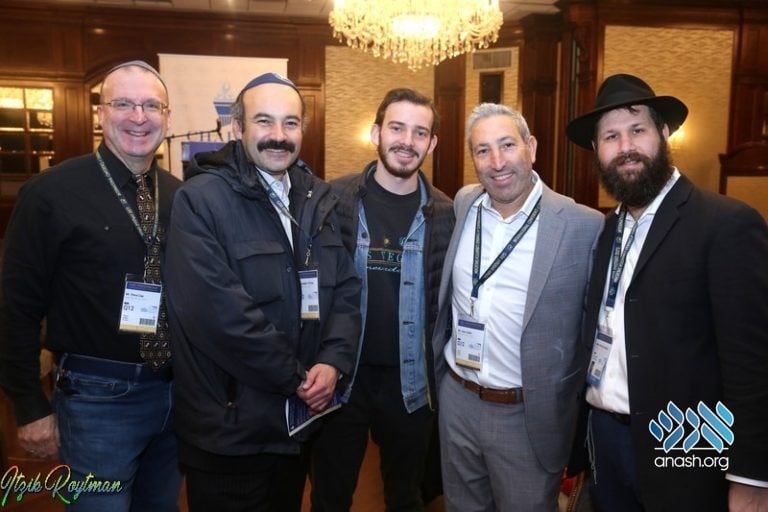 Delegates from across the globe enjoyed the Chabad Partners Conference, a division of this year’s Kinus Hashluchim.

Welcomed by Rabbi Lipa Brennan, who co-chaired the event with Rabbi Dovid Eliezrie, of Yorba Linda CA, the attendees enjoyed a series of speeches, presentations and dialogues during which they developed a deeper understanding of Chabad and their role as partners of the Shluchim.

Rabbi Yehuda Teichtel inspired the crowd with an insightful speech about his Shlichus in Berlin Germany after which the delegates participated in an animated exchange at workshops where they shared stories of their involvement with Chabad and activities in their communities. The discussions were moderated by Rabbis Shimon Freundlich, Beijing, China, Berel Levertov, S. Fe, New Mexico and Moshe Kahn, Melbourne, Australia.

Rabbi Mendel Kalmenson, Belgravia, England, gave a fascinating lecture based on his best-seller book The Positivity Bias: Living a Life Enriched With Optimism, Joy and Meaning.

In the closing plenary, delegates were treated to an intriguing discussion with three veteran Shluchim from across the globe on the “Genesis of Shlichus”. The panelists included Rabbis Moshe Lazar from Milan, Italy on Shlichus since 1960, Shmuel Lew, London, England on Shlichus since 1965, and Sholom B Lipskar from Bal Harbour, Florida on Shlichus since 1969. The discussion, moderated by Rabbi Dovid Eliezrie, Yorba Linda, California, explored the beginnings of the Rebbes call for “Uforatzto,” the challenges experienced by the young couples in this new concept of “shlichus”. Personal recollections and guidance from the Rebbe, proved invaluable to the delegates to understand the atmosphere in the Jewish world in general, and in 770 in particular in the 1960’s.

Notwithstanding the inclement weather, the delegates enthusiastically viewed the taking of the classic group shluchim picture in front of 770 from a special grandstand.

At the conclusion of the Partners conference, the attendees were bused directly to the Gala Banquet in the Edison Convention center in NJ.