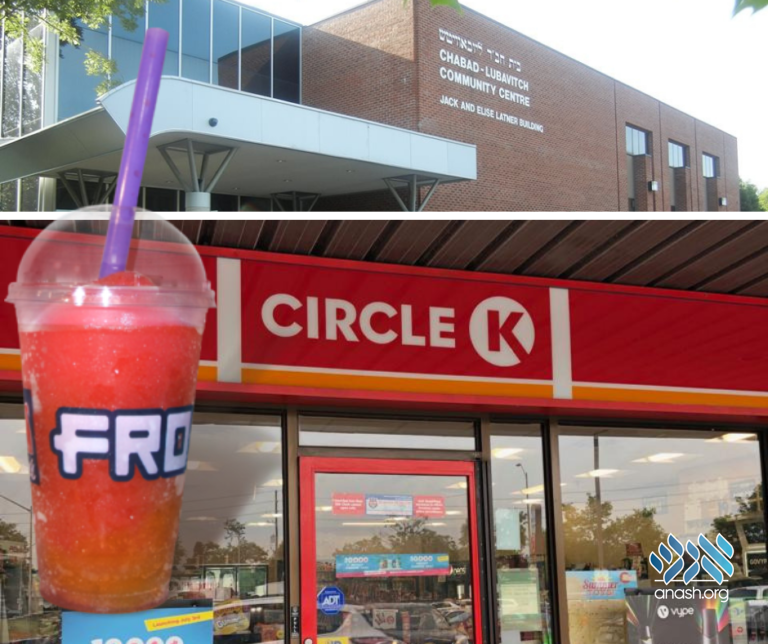 It was a quiet Wednesday morning when Mrs. Adina Wolf of Thornhill, Ontario walked into the neighborhood Circle K convenience store. The store stands right in the heart of the frum community, and around the corner from the shul that resides at the address ‘770 Chabad Gate’.

Several weeks before, a member of Mrs. Wolf’s family had been checking out at Circle K when she had a mishap with her pin number. Shakir, the store’s manager, told her not to worry about it; she could take her purchases with her and pay the next time she came.

“When I went in yesterday, I thanked the man for his kindness,” Mrs. Wolf told Anash.org. “He spent the next ten minutes sharing praises about our community!”

Shakir had previously worked in a suburb of Toronto where there were shoplifting incidents on a regular basis. “It was really out of control,” Shakir said.

That’s why he is amazed to see the honesty of the frum children he encounters daily in the store he now manages. “A kid will be short 5-10 cents, and I’ll tell him, ‘Don’t worry about it!’ But they come back, often within the next hour, to pay the difference.” He’s never seen anything like it.

With the store being conveniently located within walking distance of many Jewish families and several Jewish institutions, Shakir goes out of his way to accommodate the clientele he serves. Recently, he stopped by at ‘Lubavitch’, as the Chabad shul is affectionately known, to ask for an updated list of Kosher Slurpee flavors so he could better advise his Jewish customers.

In addition to being honest, he finds the local community to be considerate and respectful. At one time, there was an issue with children throwing out new cups, and it was costing the company money. He casually mentioned it to one of the local Rabbis, who relayed the message to others.

“Over the next few weeks, parents were stopping in at the store to apologize!” Shakir told Mrs. Wolf. “I’ve really seen improvement in that area- it’s not perfect yet, but the kids are definitely much more mindful now.”