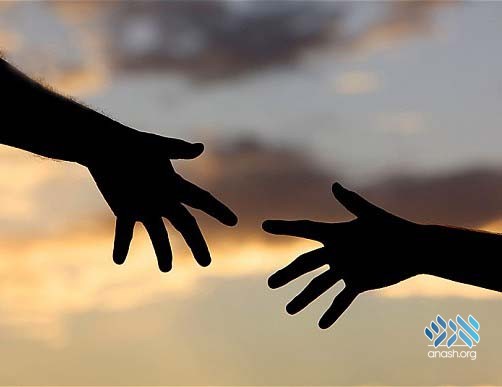 Torah teaches that people are innately good. We are designed to do favors for others, even at a cost to ourselves. Chinese scientists have confirmed this in recent studies, as reported in the Proceedings of the National Academy of Sciences.

In their first pilot study, dramatic results were found after individuals were reported to have experienced more pain when having blood drawn for regular lab tests than when their blood was drawn for donations to earthquake victims—even though the needle used was larger and the quantity of blood taken was greater in the donation subjects compared to the test-taking subjects.

In their second pilot study, subjects were asked whether they would participate in an altruistic activity, in this case revising a handbook for the children of migrant workers. The test groups were sorted by those who chose to (altruistic) those who chose not to (non-altruistic) and those who did so as a mandate (control).

Another test involved a session of wearing a blood pressure tourniquet for three minutes while reporting on pain they experienced every 15 seconds. It had participants complete a survey on consumer decision-making—and upon completion they earned 10 yuan for earthquake victims as opposed to themselves. Donating participants reported less pain experienced during the tourniquet pain session.

In the final experiment, the researchers examined the effects of altruistic analgesia on chronic cancer patients. Over the course of a week, the group which chose a daily altruistic activity, in this case cleaning the common areas for their ward-mates and preparing a nutritional diet plan for their ward-mates, had a gradual reduction in pain symptoms throughout the week, compared to the non-altruistic and control groups.

“Our research has revealed that in adverse situations, such as those that are physically threatening, acting altruistically can relieve unpleasant feelings, such as physical pain, in human performers of altruistic acts from both the behavioral and neural perspectives,” the study concludes.