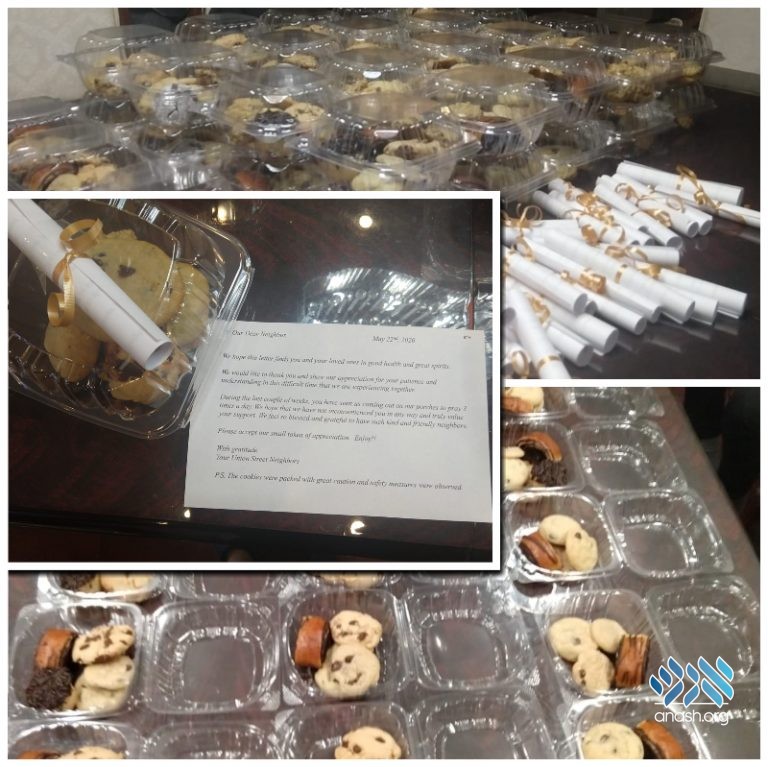 Residents of Union Street gave out freshly baked cookies to non-Jewish neighbors as a token of appreciation for their tolerance of the daily outside minyan. “Neighbors are very appreciative” one organizer said.

Residents of Union Street in Crown Heights gave out freshly baked cookies with a beautiful note attached, to the non-Jewish residents of their block as a token of appreciation for their understanding and tolerance of the now thrice-daily outside minyanim.

Organizers said that they received very positive feedback. “Neighbors are very appreciative and saying they don’t mind the davening at all, and that we need all the prayers!”

In total 44 packages were distributed to neighbors.

The pastry initiative originated in Montreal when Chesky Spira posted the idea to his followers on social media. Immediately, someone in the graphics business offered to do the printing and stickers and his wife baked rugelach and cookies. Two of his children delivered the packages and letters to 27 neighbors.

Soon residents of other communities were preparing their own gift packages of sweet treats and their own letters of appreciation.