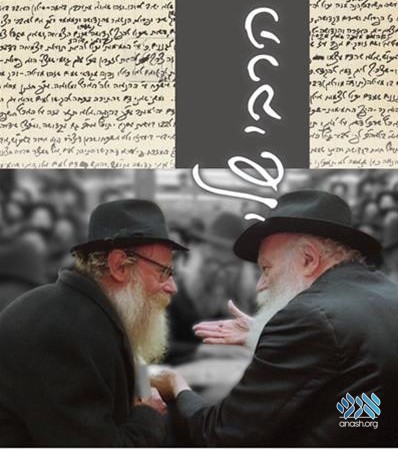 By Motti Wilhelm for Chabad.org

The Steinsaltz Center in Jerusalem, the umbrella institution for the activities of Rabbi Adin Even-Israel (Steinsaltz), is a hub of publishing and disseminating Torah in multiple languages, especially Hebrew and English. In the past few months alone, the center, in conjunction with Koren Publishers, released the final volumes of the Noé Talmud Bavli, containing Rabbi Steinsaltz’s explanations on the Talmud in English, and published the English version of his translation and commentary on Prophets and Writings. The center is currently working on a new edition of Steinsaltz’s commentary on the Tanya, and the complete set of the Steinsaltz Mishna is set to hit the shelves in the near future.

Among the center’s recent publications is a Hebrew translation of the ground-breaking work My Rebbe. More than just a biography, the work and its Hebrew edition, HaRabbi Sheli, lays out in a concise but moving 250 pages Steinsaltz’s personal connection with his mentor and teacher, the Lubavitcher Rebbe.

In a conversation with Chabad.org, Rabbi Amechaye Even-Israel, son of the author and director of projects at the Steinsaltz Center, related the decades-long process of writing the book. “In 1994, after the Rebbe’s passing, my father was approached by donors who wished to fund a biography of the Rebbe. My father agreed, and started to compile the book. It did not take much time until he felt unable to continue. The emotions were too deep, the sentiments too raw, to transcribe them to paper.”

“Over 10 years and many editors later, we finally found a team of interviewers who sat with my father and worked with him to write the book,” said Even-Israel. “The editing itself took several years; finally after almost two decades, the book was ready.”

The English version was published in 2014, in time for the 20th anniversary of the Rebbe’s passing, and was an instant hit among English readers worldwide. Opening with chapters that define a “tzaddik,” and explain the concepts of “Moshiach” and the Chassidic movement, the book then continues with a few conventional biographical chapters. However the main bulk of the book, in Steinsaltz’s words “… is not a conventional biography … this book is actually a biography of the Rebbe’s mission and of the movement he built.”

Such content—the encounter of the scholar and the Rebbe—has touched a chord with audiences and made for a thought-provoking read.

Dispersed throughout are many personal encounters that Steinsaltz had with the Rebbe, and describes the effect that the Rebbe had on Steinsaltz’s life, giving the book an intimate feel not usually found in biographies. My Rebbe also contains the author’s insights in the role of a rebbe, a discussion of Chabad outreach and a concluding chapter on the Rebbe’s legacy in the decades since his passing.

In the years since it was published in its original English, the work has been translated into Russian and French. Even-Israel noted that Hebrew was chosen to be last “mainly to find a proper translator and editor. We wanted ones who would be professional, but at the same time, understanding and sensitive to the feeling in every chapter.”

The Hebrew version is fast becoming a favorite among Hebrew speakers, just as its English counterpart after its publication.

“HaRabbi Sheli” and other books by Rabbi Adin Even-Israel (Steinsaltz) can be purchased online here.