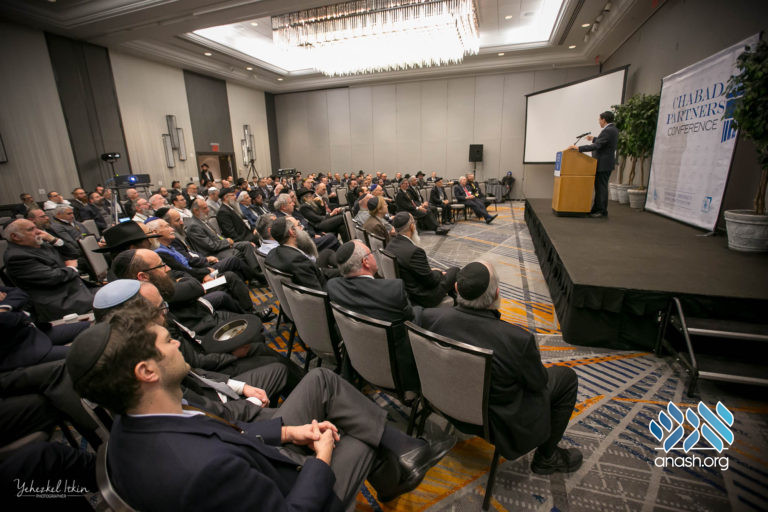 Morning sessions will be held at the Jewish Children’s Museum, and will continue in the Razag Ballroom. The conference will include classes, lectures and discussions about the current state of the global Jewish community and Judaism.

Israeli Minister of Education Rabbi Rafi Peretz will be the guest speaker at this year’s Partners Conference. Peretz currently heads the Bayit HaYehudi party in the Israeli parliament.

Before being elected to the Knesset, Peretz served as the head of the pre-military Yeshiva ‘Etzem’ and then as Chief Rabbi of the Israeli Defense Forces.

Shliach and Chief Rabbi of Berlin Rabbi Yehuda Tiechtel will talk about the rebirth of Jewish life in Germany. Participants will then join one of three groups for a vibrant, interactive conversation between delegates from around the world, which will center around the Chabad House, its programs and effect on the community.

Rabbi Mendel Kalmenson of London, England will give a talk titled “The Positivity Bias: Living a Life Enriched With Optimism, Joy and Meaning.”

The afternoon plenary session will feature three veteran shluchim: Rabbi Moshe Lazar of Milan, Italy, Rabbi Shmuel Lew of London, England and Rabbi Sholom B. Lipskar of Bal Harbor, Florida. The panel will be moderated by Rabbi Dovid Eliezrie of Yorba Linda, CA, author of “The Secret of Chabad”.