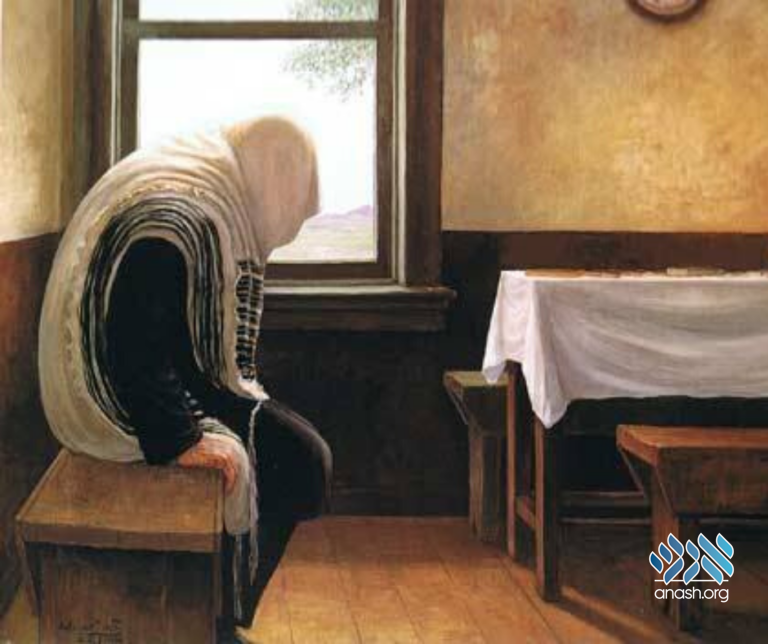 From an article by Rabbi Akiva Wagner

There was once a yungerman, a chassidisher Yid, who was a chiyuv, and davening before the omud in 770, in the Rebbe’s minyan. Following the common mindset that the Rebbe appreciates speed, this yungerman davened very swiftly.

One day, the Rebbe called over Rabbi Leibel Groner, and said to him “Ich darf nochyoggen di chazzan” (I am needing to chase after the chazzan). A day or two later, the Rebbe made the same remark to him again.

Leibel called over the yungerman, and told that he’s davening too fast.

But Rabbi Groner did not back off. “If you daven fast, the Rebbe will keep up with you. The Rebbe is able to daven much faster than you as well, if he wants. But the fact is that you are davening too fast”.

Finally, the yungerman grasped – “You aren’t telling me your own idea, but what you heard “from above”, and he adjusted his davening accordingly.

The Parsha of this week is about avodas hatefilah: In numerous maamorim and in farbrengens of the Rebbe they discuss how בא אל התיבה  refers to immersing ourselves in the words of Torah and davening. We may be surrounded by the mayim rabim, the mei mabul, the raging waters of olam hazeh that threaten to engulf us and drown us ch”v. The very existence of olam hazeh is the antithesis of Elokus, and our merely thinking about it, being preoccupied with it, puts us at risk of becoming distanced from G-dliness ch”v.

But our protection, our lifeboat, is readily available as well. We have to merely put more effort, involve ourselves more, in our davening. The result will be that – not only will the waters of worldliness no longer pose a threat, but – those waters themselves will serve to raise us ever higher.

We all know this, we learned it, we heard it, we even preached it. But when it comes to practicality, our davening seems more like a marathon (and sometimes we manage to finish before we even started). When we think about applying it to ourselves, here, now, today, me, it becomes very daunting. We think to ourselves that it is too overwhelming, that I am not shayach to such lofty goals (as much as I would have loved to). We tend to overestimate the avoda of davening and underestimate ourselves.

But avodas hatefilla (like any avoda) can be at many levels, to each person according to their stage. It doesn’t necessarily take many many hours of davening like the chassidim of yesteryear to achieve this. One doesn’t necessarily need to possess a yacht or a cruise ship to be able to float above the water. While they may be more impressive, the same goal can be reached (in most cases) with much smaller boats. You can have a houseboat, a pontoon boat, a sailboat, a rowboat, a kayak or a tiny canoe. Or you can even start off with your own little surfboard. It seems so tiny and insignificant compared to some of the others, but it is a flotation device, and if you use it properly then the waters will not only not endanger you, they will give you a great ride and provide you with pleasure and excitement!

Every single person needs – according to their level – to start working harder on davening. It doesn’t mean to fly to heaven and grab many malochim. But it does mean to actually daven. To start with the 3 basic prerequisites listed by the Alter Rebbe (that were mentioned above). You have to find some time – each person according to shiura dilei – to learn chassidus and to think about what you learned in chassidus. And to give some tzedaka. And to dip in the mikva.

And after all that you have to actually daven. Take away all of your distractions. Forget about anything waiting for you when you’re done, turn off your phone, and put all of your focus on your davening. Think about the words, think about their meaning (at whatever level you are able), and think about the Eibishter and the fact that you are actually talking to Him.

Inevitably, you have to be committed to spending a bit more time on your davening, but it need not be many hours, it can even be a few minutes. [R’ Pinye Korf once shared that chassidim were very meticulous about halacha, it was something that was very dear to them. This included completing the brochoגאל ישראל  with the minyan, which is the halachic requirement of tefilah betzibur. And yet they forfeited this regularly – and would sometimes miss it by just a few minutes – for the sake of davening with a bit more concentration and taking a bit more time].

It’s about changing your priorities and allowing – during the time of davening – your davening to the Eibishter to be the most important thing in your life right now. You can even start by choosing a small designated part of davening, Boruch she’omar, a Halelukah or Shma for example, and start by working on davening (at least) that part of davening properly. And then you can gradually work on expanding it.

Most importantly, we must dispel, once and for all, this notion that it is somehow a chassidisher minhag to daven fast, and the faster it is – the more chassidish. How many chazonim do we hear that are flying through the davening, and they don’t realize that they are only getting a speeding ticket. There are speeds in which it is impossible to be thinking anything about what they are saying. And there are speeds in which I question the ability to truly pronounce every word (somehow the words that are said out loud require slowing down, and they still stumble…).

The Rebbe is unambiguous – both in the famous farbrengen of Parshas Noach and on other occasions – that a chosid must work on his davening, and each of us must step up the plate and put more effort into our davening at some level. The chassidishe way of davening is to think about what you are saying, think about the Eibishter, and inevitably it will take more and more time.

We all spent Tishrei enthusiastically collecting suitcases and valises filled with giluy Elokus. Now is the time for us to unpack. One of the ways to do that is by davening. Let us all take advantage of the inspiration of Parshas Noach to be very proactive about improving our davening. Start by whatever step is most realistic and viable for you right now, but find some way to put it into action.