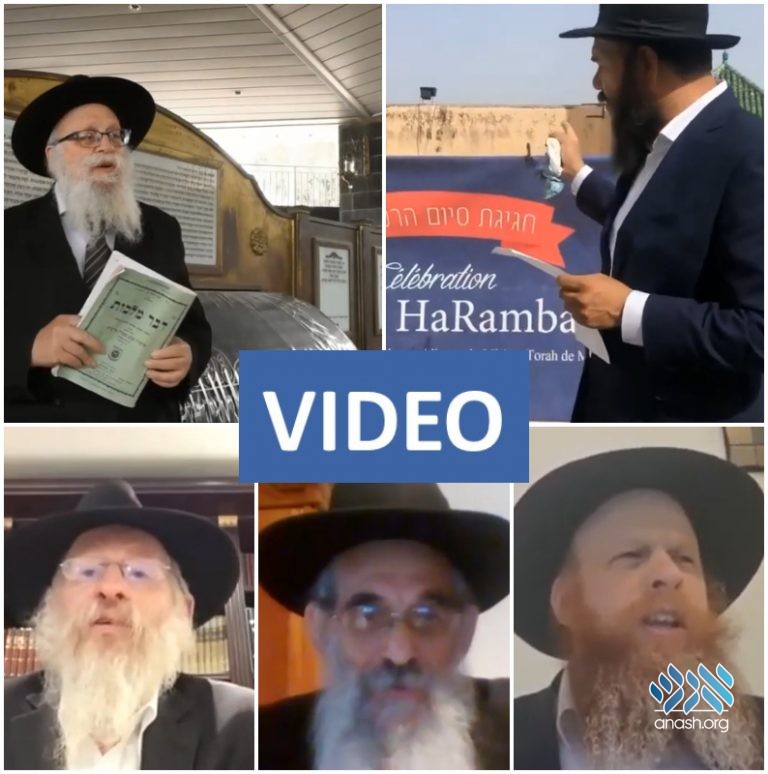 Watch: The Montreal – Toronto Siyum Harambam included a special broadcast from the Rambam’s original house in Fez, Morroco, and his kever in Teveriah, Eretz Yisroel.

The Montreal – Toronto Siyum Harambam included two special broadcasts from places connected with the Ramabam. The siyum was made by the Rambam’s kever in Teveriah, and the haschala was made in the Rambam’s house in Fez, Morroco.

The siyum, organized in tandem by the Montreal and Toronto Chabad communities, was emceed by Rabbi Shmuel Kramer, the menahel of Yeshivas Tomchei Tmimim in Montreal. The ceremony began with a video of the Rebbe, and then Rabbi Kramer invited his brother, Rabbi Yosef Kramer to make the siyum from Teveriah.

The beginning of the 40th cycle was made by Morocco Shliach Rabbi Levi Banon from the roof of the Rambam’s house in Fez, Morocco. That was then followed by words of inspiration, live from Yerushalayim, by Rabbi Yisroel Noach Wichnin.