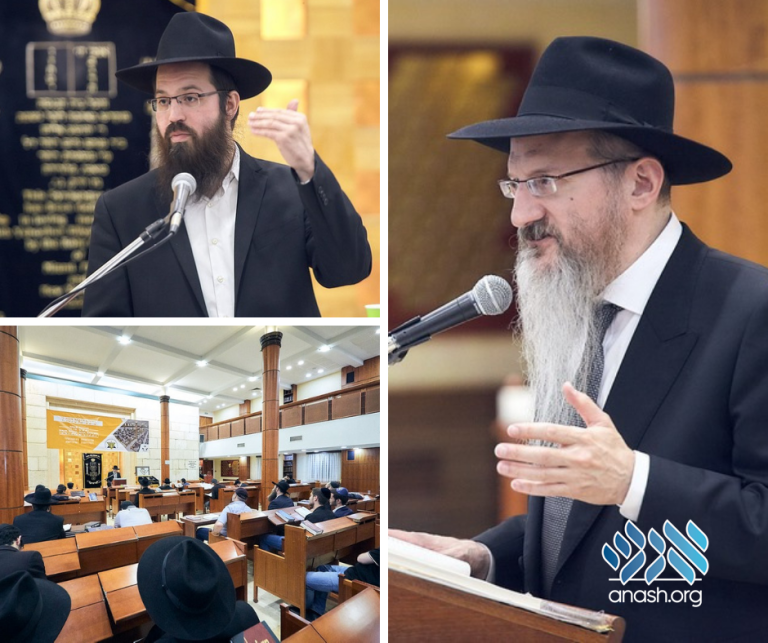 Moscow’s central shul made a siyum on Maseches Sukka and began Maseches Rosh Hashana in honor of Zman Matan Torah.

An impressive event in honor of the Torah and chassidus was held on Isru Chag of Zman Matan Torah. The Kinus Torah took place in the main sanctuary of the central Marina Roscha shul, led by Russia’s Chief Rabbi, Rabbi Berel Lazar. Following a siyum on Maseches Sukka, the community began Maseches Rosh Hashana.

The actual siyum was recited by the dedicated Rosh Kolel and head of the Kashrus department, Rabbi Yosef Yitzchak Marzel.

The new Maseches, Rosh Hashana, was begun by Rabbi Lazar, who, for the past thirteen years, has begun a new Maseches yearly. Rabbi Lazar has successfully gathered a group of devoted men who come to the bustling shul every single morning for the daily shiur in the “community daf“.

The siyum and seudas mitzvah led into a Chassidishe farbrengen on the beautiful summer veranda of the Marina Roscha Jewish Community Center. A gift of appreciation was presented to Rabbi Marzel in the name of all his students.