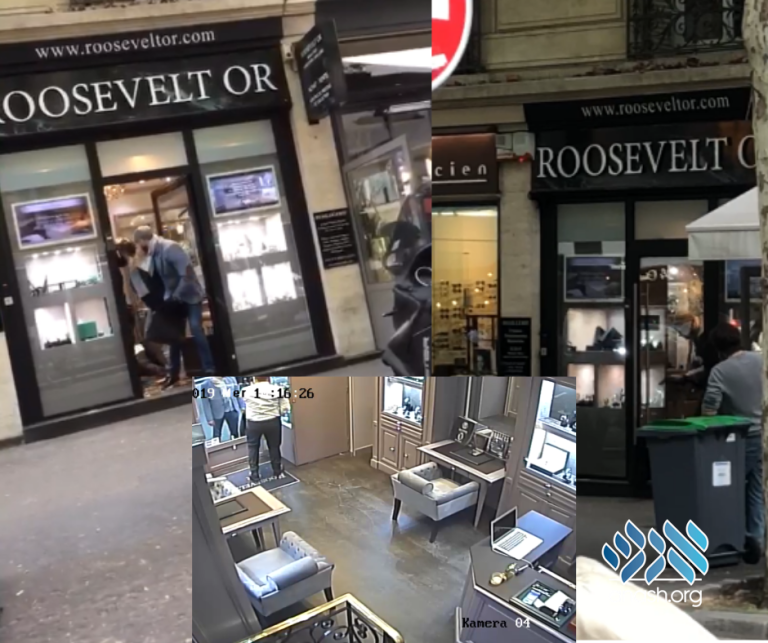 Sources tell YWN that store owner Gil Shmuel Hadad was inside his store, when a man rang the bell. Hadad walked to the door, and the second he let the man inside, a gun was pointed at his face. A second man wearing a motorcycle helmet barged inside the store, and the two suspects threw the Jewish man to the floor at gunpoint. He was kicked in the face and shoulder and warned to stay on the floor, as the two suspects began their robbery.

They came with handbags to place their loot in, and one man used a crowbar to smash all the display cases in order to remove the jewelry.

Many people watched in horror and actually filmed the entire robbery, including when the two men exited the store and fled on foot with approximately $224,000 in stolen items. One man is seen in video footage as he tried in vain to stop them with what looks like a baseball bat.

Many people chased the suspects, and one man filmed the entire foot pursuit (see videos below). The thieves dropped one of their bags of stolen jewelry, while another ditched his motorcycle helmet. They were chased a few blocks before getting away.