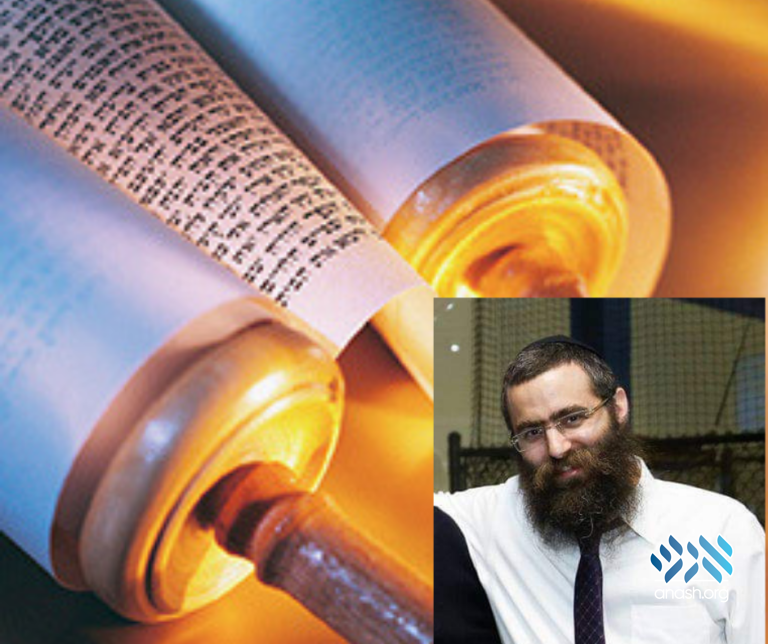 The shock of finding a posuk missing from a Torah gave way to joy as the Chabad of Closter community recognized the moving hashgacha pratis involved in their discovery.

While the completion of every Sefer Torah is cause for great joy, there is a particularly moving story behind the one that is about to be dedicated at Chabad of Closter, New Jersey.

On Simchas Torah, when 3 Sifrei Torah are read from, a shocking scene unfolded in the Closter shul. As everyone gathered around the bima in anticipation of hearing the final pesukim of V’zos Habracha read, the baal koreh let out a cry. With great agitation, he began pointing to the final posuk inside the Torah. The final words were completely missing!

How did this Torah come to be in the Aron Kodesh of the Closter Chabad, and why were there words missing?

About 14 years ago, a community in New Jersey commissioned a sofer in Eretz Yisroel to write a Torah for them. After an entire year of the sofer‘s strenuous work, they were unable to follow through with its purchase.

Eventually, Mr. Philip Gotthelf, a member of the Jewish community, volunteered to arrange the Torah’s completion. Through his hard work, the Torah was finally received and put into use in the community that had originally commissioned it.

Two years ago, Rabbi Yossi Gluckowsky, shliach to Closter, began a weekly Shabbos minyan. At that time, the Torah was given to Chabad of Closter, where the Gotthelfs are members, to use.

As it turns out, the missing posuk was not a mistake of the sofer. He intentionally left it incomplete with the expectation that it would be filled in at the traditional Siyum Sefer Torah that immediately precedes the welcoming of a new Torah.

While this information was relayed at the time of the Torah’s purchase, the important milestone never took place. This Torah has been waiting 14 years to be completed.

As it happens, that eventful Simchas Torah day was the first time this Torah was read from in the Closter shul. If it hadn’t been taken out specifically for the reading of the final pesukim of V’zos Habrocha, the community could have gone on using a Torah that was never completed, chas veshalom.

The Jewish community of Closter looks forward to celebrating the 14 year old Torah’s long awaited completion next week. You can participate in the dedication by clicking here.