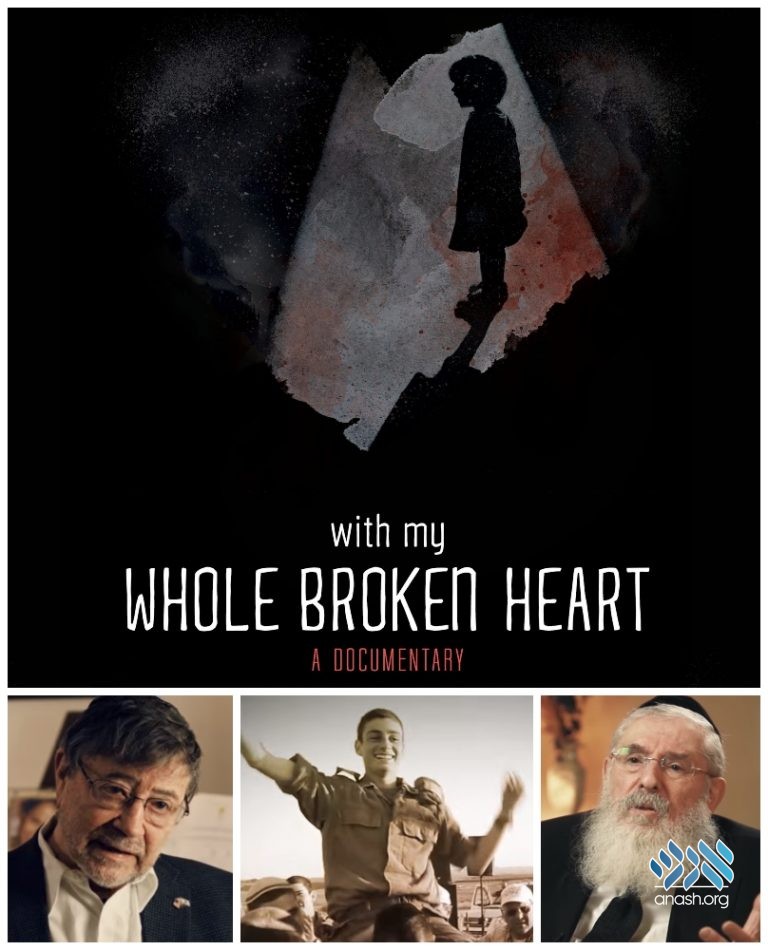 Shluchim worldwide will be streaming a gripping documentary featuring the responses of parents whose children’s lives were claimed by terror.

On Tisha B’Av this year, shluchim worldwide will be streaming With My Whole Broken Heart – JLI’s emotionally-gripping 45-minute documentary.
With My Whole Broken Heart is a professionally-produced and emotionally-gripping 45-minute documentary featuring heart-wrenching stories of valiant parents whose children’s lives were claimed by terror and their inspiring responses to their horrific experiences. The documentary also follows the lives of two of the youngest survivors of Auschwitz and Buchenwald who emerged from the darkness and transformed the Jewish landscape.

Watch the trailer below: