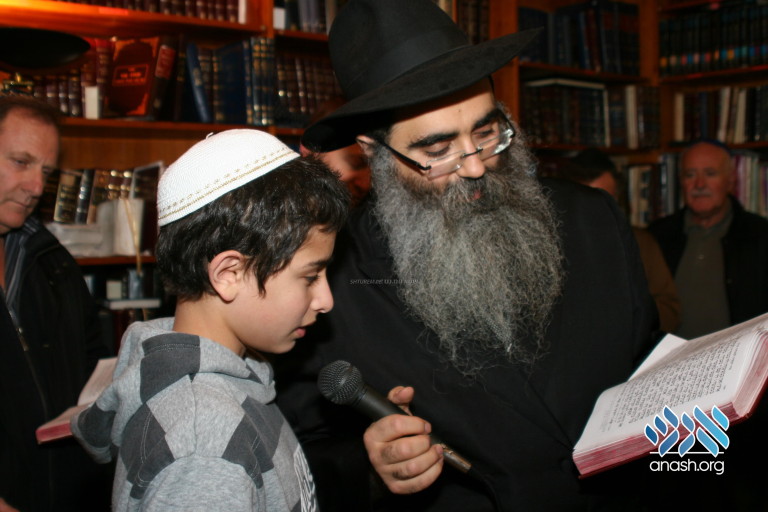 Rabbi Alexander and Leah Namdar have received a $67,000 fine for giving their children a Jewish education. Today they are turning to you for help.

In 1991, Rabbi Alexander and Leah Namdar were sent by the Rebbe as Shluchim to establish Chabad of Sweden. Since then, they’ve had the opportunity to touch and enrich thousands of lives, raising their growing family in beautiful city of Gothenburg.

A few years ago, a new law was passed in Sweden that forbids parents from homeschooling their children. Though the law officially allows for exemptions due to extraordinary circumstances, religion and safety were not considered important enough to be included.

The court noted that authorities were satisfied with the standard of education the Namdar children were receiving; nevertheless, contrary to EU law of human rights and religious freedom, they wanted to force the Namdars to send their children to a local public school. After an extensive legal battle, despite an international outcry, the Swedish Supreme Court did the unprecedented.

TODAY THEY NEED YOUR SUPPORT.

A campaign has been launched to raise $100,000 in 72 hours to help cover the fine and legal costs. Thanks to a generous group of matching donors, every donation will be matched dollar for dollar beginning on Tuesday 8 Sivan/June 11th at 3:00 pm EST. The campaign will end on Friday 11 Sivan/June 14th at 3:00 pm EST.

Help them today, so that they can continue to shine a bright light with warmth and love, vibrantly illuminating Jewish life in Sweden and beyond.